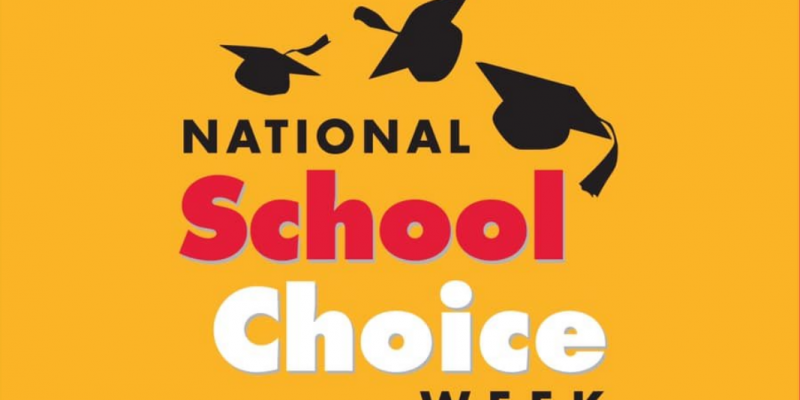 Polling shows that about 70 percent of Americans support school choice, and an overwhelming majority support scholarship programs that allow parents to send their child to a school other than their local public school.

To celebrate the growing popularity of school choice, more than 51,300 events and activities are scheduled nationwide this week in honor of National School Choice Week (NSCW), a nonpartisan, nonpolitical, independent public awareness effort.

“The week is inclusive, positive, and welcoming, with the goal of raising awareness of all education options (traditional, public, charter, magnet, online, private, and homeschooling), so that families can find schools and learning environments that best meet the needs of their children,” NSCW says.

The organization posted a map online, which lists the number of school choice events by state. It also provides graphics and other tools for social media use.

According to the NSCW map, there are 4,891 events and activities planned across Texas. Gov. Greg Abbot issued an official proclamation recognizing Texas School Choice Week 2020.

“There are a variety of school choice options available for many of the 7.1 million children living in Texas,” NSCW says. “Families in Texas can choose from traditional public schools, public charter schools, public magnet schools, private schools, online academies, and homeschooling.”

Most states were breaking records for the number of events being held this year in support of school choice. Wisconsin is holding a record-breaking 984 events and activities statewide, NSCW says, as is Oregon, whose 549 events are the highest to date.

Governors in Ohio, Arizona and Florida all issued proclamations recognizing School Choice Week 2020 in their states. Ohio is holding 2,761 school choice events and activities across the state; Arizona is holding 1,196, and Florida is holding 4,992. All are record-breaking, NSCW says.

Since 2011, more than 131,000 NSCW events have been planned across the country and around the world.

Such scholarships have been championed by Education Secretary Betsy DeVos and legislation proposing them on a federal level were sponsored by U.S. Sen. Ted Cruz and Rep. Bradley Byrne.

“Education Freedom Scholarships showed the sharpest increase in support compared to last year, and state Education Savings Accounts (ESAs) have grown in support each year for the past 5 years,” John Schilling, president of the American Federation of Children, said in a statement.

“This year’s results also show that 58 percent of voters are less likely to support a presidential candidate that wants to eliminate federal charter school funding,” he added. “Policymakers should take note that voters are crystal clear in their support for all forms of educational choice and will oppose politicians who would take those educational options away from families who desperately need them.”

Interested in more news from Texas? We've got you covered! See More Texas News
Previous Article WARNING: Beware of ‘ghost tax preparers’ who can cause you to be fined, arrested
Next Article SADOW: Want To See Where Equal-Pay Legislation Leads? Check California!