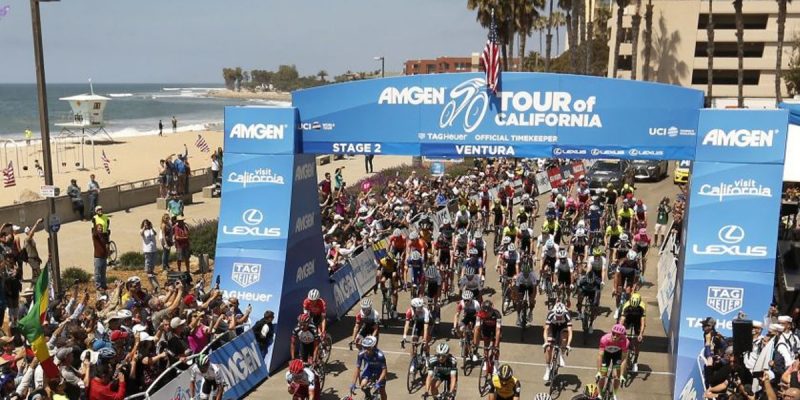 Want another cautionary tale about how state and local government regulation, not to mention feel-good policies like the equal-pay legislation continuously pushed by Democrats, kills quality of life and economic development that Louisiana needs to avoid? We were warned.

Last week, official professional road cycling at its highest level commenced for 2020 with the Santos Tour Down Under. Traipsing around South Australia’s wine country and breathtaking coastline, the American team Trek-Segafredo won the six-day race with Australian Richie Porte. Not only did the event provide entertainment to locals and tourists, but also through television broadcasting to nearly 200 countries it showed off the area as a tourist destination.

The stage race closest to the TDU in the world in many was the Amgen Tour of California. The vineyards and coastal views match, although the TOC also featured much higher mountain crossings as opposed to the short but sharp and few climbs available in South Australia. The TDU and TOC were the only stage races at the highest level that took place outside of Europe and Asia.

“Was” and “were” are operative here. Because last fall the TOC went on “hiatus,” citing prohibitive costs. In reality, this means the TOC, which last year ran a seven-day event for men and three-day race for women, has folded, as almost every single sanctioned race that has suspended operations never returned.

It’s a shame losing America’s premier cycling event contested since 2006. And it was preventable, because much of the reason why costs had risen so much came as a result of self-inflicted public policy decisions.

It turns out a post of mine last May was the canary in the coal mine. In this piece about needlessly high vehicle fees and intrusive regulation in Louisiana, I noted that during the TOC last year the fleet of cars that follow the race weren’t registered in California, but in Texas. That’s because organizers saved over $100,000 by avoiding California’s laws on this.

Keep in mind the unique fiscal environment of road cycling. Host cities (where each stage begins and ends) must fork over hundreds of thousands of dollars for making facilities available and have to spend money on road closures and safety measures, the latter of which intermediate cities along the route also must bear. When outside of municipalities, the organizers have to pay state public safety and transportation costs. With few exceptions, no revenues are raised from the roadside audience, so it must come from merchandising, sponsorships and roadside advertising. Even the organizer AEG had to foot those costs and then try to make back as much as it could on commercials.

And California did its best to price itself out of the market. With the highest state income taxes in the U.S., this maximally hit all the athletes participating and discouraged their participation. With extremely high public service salaries due to widespread unionization, this made the overtime paid for that personnel exorbitant, which increased 10 percent more for this year. Those resources became even more stretched and thus expensive as a result of the increasing plague of wildfires, in part because of unduly restrictive forest management practices only now being unwound partially.

But the straw that broke the camel’s back appears to have been a bill passed by the California Legislature that mandated equal pay by sex for any use of state roads. Economically, men’s races draw far more spectators and revenues than do the women’s.

AEG saw what was coming and last year gave out equal prize money. However, the 2019 law contained ambiguity in wording that could mean either AEG couldn’t drop the women’s race (also sanctioned at racing’s highest level) to save money or it had to have seven stages also and all the increased costs that went with this.

This came out when AEG announced the race’s suspension, with a cryptic statement that a new “reality” made the event impossible for 2020. Under pressure from politically-correct media, AEG later stated the new law didn’t factor in, but, given that it hosts dozens of other special events of all kinds across the state, it had to kowtow to orthodoxy through not admitting the obvious in order to prevent retaliation by state government yanking its support of these.

All of this relates to Louisiana, because those like Democrat Gov. John Bel Edwards push the same noxious agenda. Despite that no significant difference in pay between the sexes occurs when accounting for all factors, Edwards still backs a law with substantial burdens to business to mandate this. He also wants increases in the minimum wage, which would drive up artificially all wages while shedding jobs, as well as pile on increased salaries for teachers without any increased accountability, and would just as soon turn over education policy to unions. And he has supported tax “reform” that does little more than increase marginal income tax rates on the middle class and above that encourages more spending but less private sector investment.

Like California, Louisiana already is one of the ten most fiscally stressed states without implementing more of what got California there. The TOC demise shows us where that leads.