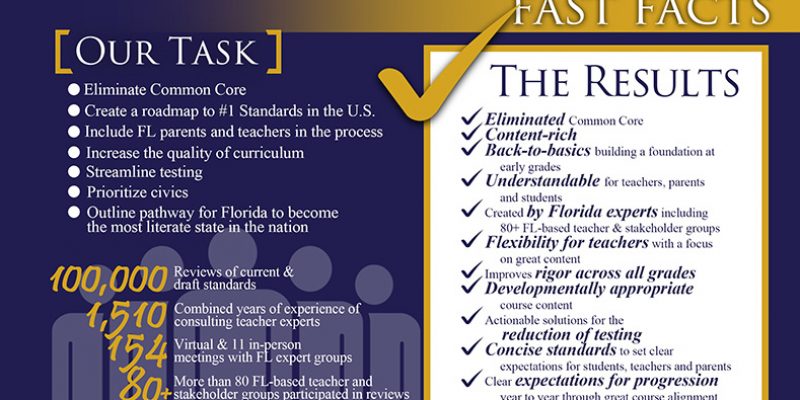 A new program in Florida basically eliminates Common Core in Florida, which has been a long time coming for parents wanting to get rid of the failed Obama-era initiative.

After he was sworn in as governor last year, Gov. Ron DeSantis issued an executive order to get rid of all “vestiges” of Common Core standards and revise the state’s educational curriculum.

“It really goes beyond Common Core to embrace common sense,” DeSantis said at a press conference, adding that the curriculum will include civics.

Since 2010, Common Core has been vigorously challenged by voters and elected officials nationwide, arguing against its indoctrination of Islam in public school textbooks, revised math and reading, which many have referred to as mental gymnastics.

In 2014, under Gov. Rick Scott, the Florida Board of Education adopted the Florida Standards, changing some aspects of Common Core but still leaving enough in to be a problem.

What was left in was Common Core’s standardized testing schedule, which was criticized by everyone, including educators.

Under BEST, Common Core’s math curriculum will be erased to zero. 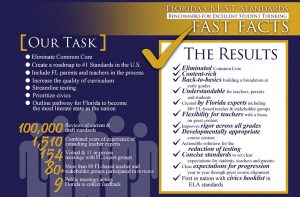