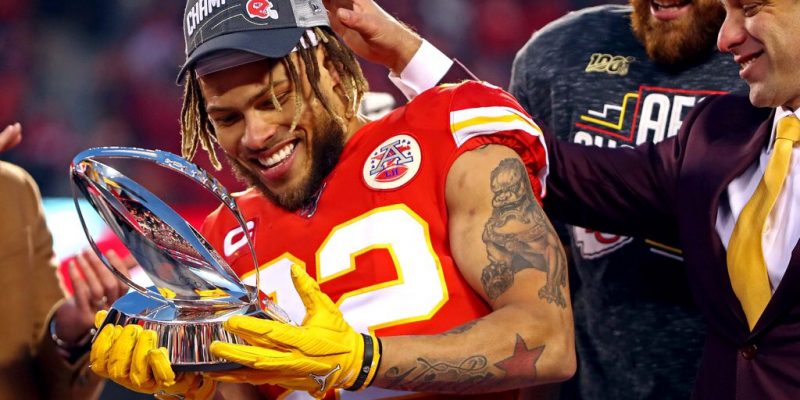 Back in 2012, I was busy building a collection of LSU football related material on my personal blog, and writing analysis pieces on anything LSU sports for DIG Magazine in Baton Rouge.

Coming off a miserable loss to Alabama in the BCS National Championship game, LSU still had a lot returning and, with the leadership and tenacity of Mathieu leading the way, was expected to contend again for a national title.

It was shocking when then-head coach Les Miles announced the news. Mathieu wasn’t just any player. He was the Honey Badger, the vicious, fearsome defender who struck panic into any offensive player with the ball.

But LSU would have to play the 2012 season without him.

I was asked by my employer at DIG to join the writing team in producing several articles. I was more than happy to oblige. This is what I was building. This is what I wanted, to work on a career as a writer. I had to separate my personal love for Mathieu as a player from my duty as a sportswriter.

Over the coming three days, I will post one of those articles here. I do this now for several reasons. One is that my article earlier today on Kobe Bryant included the headline RESURRECTION, and it is this exact word I used back in 2012 for the third and final piece of my series on Mathieu.

The second reason involves Mathieu himself. He has been the consummate professional and one of the best defensive players in the NFL since he was drafted by the Cardinals in the 2013 NFL draft.

He now plays for the Chiefs, where he was recently named AFC Defensive Player of the Month for December, earned the highest grade for any defender in either conference championship game on January 19, and should be in the running for NFL Defensive Player of the Year despite mysteriously being left out of the Pro Bowl. He was named to the AP All-Pro Second Team, however.

Still, he is a force to be reckoned with, just as he was at LSU, not to mention a force for good in lending a helping hand in the local community. 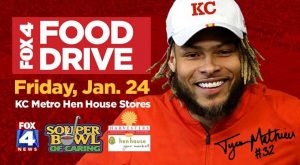 Oh yeah, and that obscure third reason–Mathieu will be playing in his first Super Bowl, and like a cool little kid, he is very happy about it:

Tyrann Mathieu has been waiting his entire career for this. I think that smile says it all. The #chiefs have arrived in Miami. pic.twitter.com/DSpOLu5JcC

The third and fourth of this four-article series are really the clinchers and the point to my coming through on a written promise I made back in 2012. I’m not sure if Mathieu will ever read this series, but if he does, hopefully he’ll know that a lot of us are proud of him, for where he came from to what he’s doing with his career and life now. He is probably the most electric, fun player to watch on Sundays, and it doesn’t hurt that he was once a Tiger.

Without any further adieu, here is Part I of the series. I will allow this tweet from Mathieu himself, in all its humility, to introduce it…. 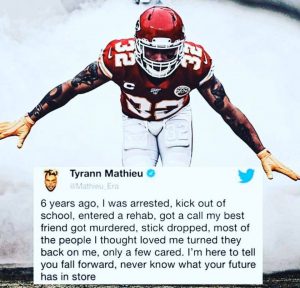 One of the most recognizable faces on the LSU football team, and maybe the face of college football, is no longer an LSU Tiger. Miles has dismissed 2011 Heisman Trophy finalist Tyrann Mathieu from the football program for an undisclosed violation of team rules.

“This is a very difficult day for our team,” Miles said. “We lose a quality person, teammate and contributor to the program. However, with that being said, we have a standard that our players are held to and when that standard is not met, there are consequences.”

Rumors circulated when Miles moved his Friday press conference from 6 pm to noon. The Tiger program’s worst nightmare was true. And it’s not just because they’re losing an outstanding football player.

“It’s hard because we all love Tyrann,” Miles said. “We are going to miss him.

“This issue is bad for one guy. An adjustment needs to be made. I think this is a quality, quality guy that had some behavior issues. I really think this is a redirect that will benefit him greatly. This is an opportunity for him to improve and put self in better position in the future.”

He was also suspended for a game last year for failing a drug test. The Tigers beat Auburn 45-10 without him.

The Tigers enter this season as a favorite to reach the national championship game in Miami. They were voted No. 1 in the coaches’ preseason poll and were expected to be right near the top of the AP college football poll when it is released August 18, although their rank now may be lower than it would have been.

His punt returns for touchdowns against Arkansas and Georgia helped swing momentum in the Tigers’ favor, after they fell behind by two scores in both games.

This year, Mathieu was named preseason first team All-America by Sports Illustrated at defensive back and kick return specialist. He also made several preseason award lists, including the Bednarik, Walter Camp, and Jim Thorpe watch lists.

Mathieu has two years of eligibility left and could transfer, but he would have to sit out this season if he went to another school in major college football (FBS). If he moved down a level, to the FCS, he could play right away.

“I can’t imagine he would be here and not want to transfer and go play football,” Miles said. “We will help him in every way we can.”

LSU isn’t quite as experienced at cornerback as it was last season, when it had All-American Morris Claiborne and often used Mathieu as a nickleback roaming the field and making stunning individual plays. Tharold Simon is the other starter at cornerback, and second on the depth chart are redshirt freshman Jalen Collins and true freshman Jalen Mills. Look for Micah Eugene, nicknamed “Baby Badger” by teammates because of his knack for causing havoc on defense like Mathieu, to play a key role this season.

Mathieu recently said this year he would stop all social media when the season started.

“I respect Coach, and whatever decision he makes I go along with it,” Mathieu said. “There’s a lot of guys on this team who are deserving of the spotlight. I don’t have to be in it all the time and I’m fine with that.”

But now he won’t be in the spotlight at all.

Interested in more news from Louisiana? We've got you covered! See More Louisiana News
Previous Article Will Wade’s LSU Hoops Team Has Returned To The Top 25
Next Article SADOW: Yes, Term Limits Are Necessary, And Here Is Why…