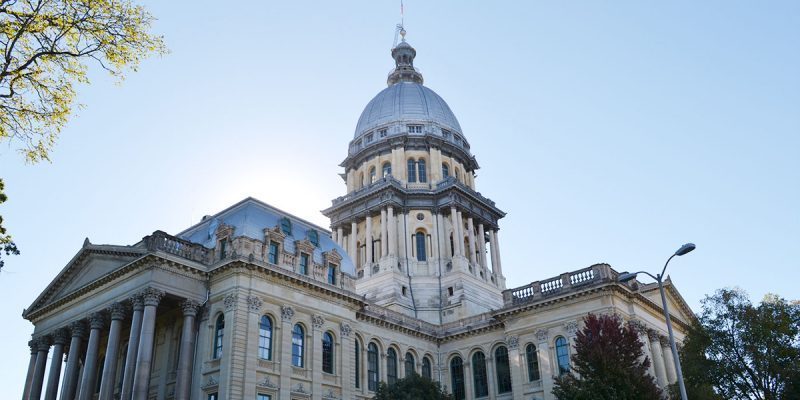 And this is why term limits are a good idea. And why the time had come for two longtime Louisiana legislative employees to go out the door.

In 2000, my wife took a position at the University of Illinois Springfield and I took leave at Louisiana State University Shreveport to go with her. The UIS folks cobbled something together for me for what would be a trial period of a year: to see if I would leave my LSUS tenured position while she embarked on a potential tenure-track career with them.

Part of my duties included serving as faculty adviser to Model Illinois Government. This program allows students from across the state to participate in a mock legislative session of the Illinois Legislature, right at the Capitol not long after the real thing’s regular session ended. As the representative of the host institution, the advisor had to delve into not only a lot of logistical matters but also have a good working knowledge of the legislative process.

One thing I discovered early on was the enormous power of the presiding officers, which exceeds that even of their Louisiana counterparts that essentially pick committee chairmen, committee members, and schedule legislation, as well as help to determine how much money the state officially has to spend. But, additionally, the Illinois Speaker of the House, for example, can substitute in and out committee members to rig votes for specific bills, as well as controls the Rules Committee which is the gatekeeper to whether bills even come up for a vote.

When I arrived on the scene, the speaker was Democrat Michael Madigan, from Chicago, and had been for nearly two decades, with the exception of two years when for the only time in living memory Republicans had a House majority. First elected in 1970 but an activist in ward politics from his youth, Madigan managed to build up a number of political favors to obtain the Speaker’s gavel in 1983 and used those powers to perpetuate his strong rule. Technically, the House ratifies its own rules at the start of each session, and Madigan used his connections inside and outside of government to have these maintain the speaker’s iron grip.

After some deliberation, Deshae and I decided that I should return to LSUS, even though I could have secured a position at the community college adjacent to UIS or could have gone to work at one of the research centers at UIS. In part, I was wary of the state government’s fiscal situation, which I figured might cause retrenchment in academia, as the state continued on a noticeable tax-and-spend arc that topped even Louisiana (remember the Stelly Plan?) at the time. She gave up her job and she joined me at LSUS where she served as an adjunct instructor.

We chose wisely, if you can believe that in the context of me staying in Louisiana. A couple of years later Illinois began a run of financial problems that have lasted until this day that in fact wiped out the job I could have had at UIS. As well, Deshae’s respiratory collapse occurred not much more than a year later, which ended her full-time classroom teaching at LSUS (although she would be able to teach online for about a dozen years afterwards).

Louisiana has achieved its status as one of the most fiscally unhealthy states in the country because (with minor pushback from time to time, such as during the governorship of Republican Bobby Jindal) it stubbornly taxes too much to spend too much and inefficiently, while other states move away from that model. Still, it hasn’t accelerated that for the past quarter century, so its low status comes from mostly following the same agenda and not changing, while most other states race away from it.

Then there’s Illinois, which for the past two decades (with minor pushback such as during the term of Republican Bruce Rauner) has actively raced towards the bottom, accelerating its overtaxation and big spending with traditional party politics of the majority Democrats and their special interest allies leaking resources inefficiently out of the system. And, so, now Illinois has the worst fiscal health of any state and leaks population almost as badly as has Louisiana under Democrat John Bel Edwards’ governorship on a per capita basis.

But one thing hasn’t changed – Madigan still is House Speaker, the longest-serving legislative leader in the country and perhaps in the country’s history. In fiscal policy terms, Madigan’s glove would fit perfectly over Edwards’ hand, but unlike Edwards who has seen only partial success in perpetuating the agenda that has kept Louisiana towards the bottom, Madigan pretty much has gotten everything a liberal would want put into fiscal policy that has sent Illinois to the cellar.

Had Illinois term limits, if Madigan ever got the gavel he would have been out quickly and, if he came back regardless, would have taken time to consolidate again his power. Who is to say whether other speakers wouldn’t have followed the same policy agenda, but the fact is Madigan’s longevity has prevented any meaningful change to his agenda that has willed the state into its lowly status.

And it you want to see how (even modified) term limits helped to ameliorate Louisiana’s slide, just review comments made by the just-retired former House Clerk Butch Speer and former Senate Secretary Glenn Koepp. Both worked for their chambers for close to half a century and, by their remarks about term limits show they simply cannot see the forest for the trees.

“I think term limits was the worst thing we ever did,” Koepp said. “I think it’s detrimental to getting a good product out of the Legislature,” said Speer. “That makes it detrimental to the state.” More specifically, they say limits forgo “institutional knowledge” supposedly helpful to making laws, claim these undermine building relationships, and allegedly causes, in Speer’s words, “voting against other members’ bills purely because of the political party of the person who offered it, not having a thing to do with whether it was a good, bad or indifferent idea.”

What idiots. Do you really need more than 12 years to build relationships? And how could they ignore the many thoughtful legislators – who have increased in number precisely because term limits disrupted traditional political organizations and channels built along personalistic lines – who stood athwart of the liberal populism that has kept the state down (and still has its champions like Edwards) because it simply is and has been wrong for the people, which means they vote against bad bills of those from the other major party? And how has that institutional knowledge worked out (such as having Madigan-lite former state Sen. John Alario run the Senate the previous four years) that has stagnated already-distanced Louisiana to fall further behind?

Keep in mind they were the product of the get-along-go-along mentality rampant in Louisiana government for decades, where ins and outs may have changed along a rough fault line of Illinois-style patronage and corruption on the one side and mere advantage plied to certain interests on the other, but both sides agreed on an agenda of centralizing power in Baton Rouge with the primary purpose of government being redistributive of individuals’ resources rather than being emancipative of individuals’ talents and motivations. Term limits helped to erode that consensus in which Koepp and Speer immersed themselves, as captives and tools of that system, making them all too willing to criticize the reform that transformed their cozy sinecures.

Speer and Koepp didn’t make policy, but their attitudes illustrate the clubbiness shared by Louisiana lawmakers for too long that makes for the long, hard road the state will have to travel to overcome its many self-inflicted problems. Term limits rid the Legislature of many dinosaurs like them, who were the actual agents “detrimental to the state.” Without that innovation, likely Louisiana would be as badly off, if not worse off, than Illinois, as this case study shows.

Interested in more news from Louisiana? We've got you covered! See More Louisiana News
Previous Article RESPECT: Seven Years Later, This Writer is Coming Through on a Promise to Tyrann Mathieu, Part I
Next Article VIDEO: Will Wade Shares Your Concern About Blown Leads