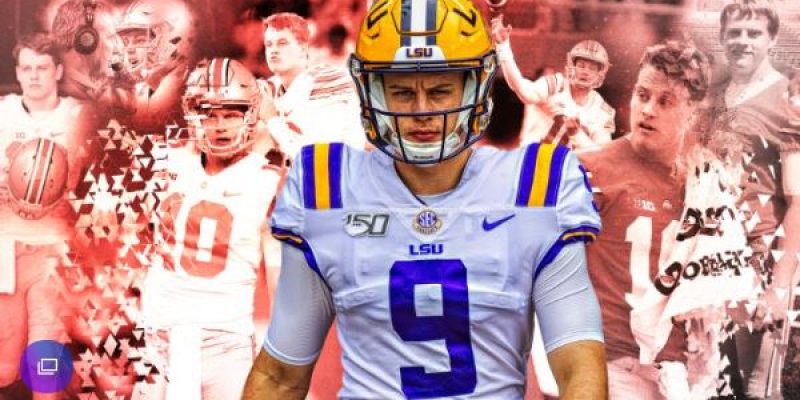 Back then, it was a series of devastating losses on the recruiting trail.

A five-star quarterback prospect, from right here in Louisiana, who had all the makings for superstardom, shunned the state’s flagship university and chose SEC rival Ole Miss instead.

Patterson was named the MVP of Nike’s Elite 11 quarterback competition at The Opening in Oregon in July of 2015, the summer before his senior season. He’d led Calvary Baptist to back-to-back state championships in 2013 and 2014, after he transferred from Texas after his freshman year.

Patterson was considered by some to be the top-rated quarterback prospect in the country. Before his senior season at Calvary, he transferred again, this time to IMG Academy in Bradenton, Florida.

Only the very best get invited to play there.

Tiger fans who follow recruiting were up in arms at the failure of then-head coach Les Miles to seal the deal. After all, Shea’s brother Sean had been on the Arizona coaching staff when Shea committed to the Wildcats as a freshman. When Sean joined Miles’ staff in 2015, it was generally thought that the Tigers, not the Wildcats, would land the prized recruit from Shreveport.

But in the end, both Pattersons headed in a completely different direction. It seemed to some that Patterson made his choice based on Miles’ archaic offense that did not feature quarterback play. According to this writer, the loss of Patterson and the latest opportunity to usher in a modern college football offense was the final nail in Miles’ coffin.

The Tigers already had secured a verbal commitment from Feleipe Franks, a highly ranked dual-threat quarterback out of Florida. That commitment was landed in January 2015, a full thirteen months before 2016 National Signing Day, and in the middle of Franks’ junior year in high school. He was considered an LSU-lock through most of the next year.

But only one name signed as a quarterback in that class–Lindsay Scott, who also wouldn’t come close to finishing his career as a Tiger.

Zero quarterbacks panned out from that 2016 class.

And for good measure, even the one quarterback signee from the 2015 class, Justin McMillan, eventually moved on to play elsewhere.

It was truly a series of mind-numbing failures, when one considers how desperately LSU needed a good quarterback. It would be hard to find a more rousing whiff than LSU’s recruiting in Miles’ final years at the helm.

In 2015, when McMillan was busy signing with LSU, where he would never contribute in any live game action…

Ohio writer Ben Axelrod was talking about another quarterback, one that no one, absolutely no one, thought would end up erasing every single recruiting failure LSU had in those two years.

Why would they? He’d signed with Ohio State.

Shea Patterson just finished a very mediocre career as the quarterback at Michigan, and just got an analysis from this onlooker at the Senior Bowl that the quarterback wasn’t even draftable.

And Feleipe Franks just transferred out of Florida to Arkansas.

So, thank you, Shea. Thank you, Feleipe. Thank you so much. Thank you to all the quarterbacks who said ‘no’ to LSU in that pivotal 2015-2016 window. All of those losses were another team’s gain.

Because without you, there would have been no Buckeye transfer down South.

There would have been no Joe Burrow.

Not the one raising a national championship trophy after the single greatest season in the history of the college football quarterback.