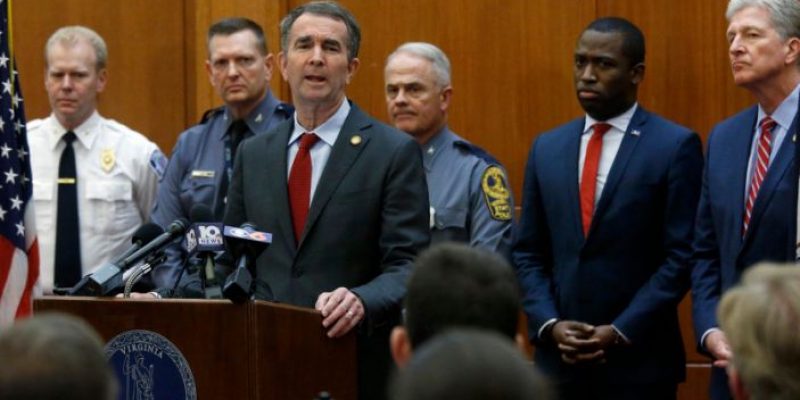 Virginia Governor Ralph Northam (D) has declared a State of Emergency, banning weapons from the State Capitol ahead of a pro-gun rally scheduled for Monday.

The political divide in the state has steadily grown since Democrats flipped the State Legislature in November with gun control being the centerpiece in the battle of ideas.

In response, as many as 100 municipalities across the state have declared themselves “2nd Amendment sanctuary cities”, declaring their refusal to enforce the new gun laws.

Monday’s rally is being hosted by the Virginia Citizens Defense League, a pro-gun group that regularly lobbies for “2A-friendly” legislation.

Governor Northam cited the 2017 death of a counter-protester at the “Unite the Right” rally in Charlottesville as justification saying, “We must take all precautions to prevent that from ever happening again.”

President Trump stoked the fire via Twitter over the weekend saying,

“Your 2nd Amendment is under very serious attack in the Great Commonwealth of Virginia. That’s what happens when you vote for Democrats, they will take your guns away. Republicans will win Virginia in 2020. Thank you Dems!”

Ironically, the restriction of weapons may only increase the chance of violence as police will now have the authority to approach and disarm peaceful protesters.

The State of Emergency will expire after Tuesday, the day after the pro-gun rally.

Interested in more national news? We've got you covered! See More National News
Previous Article President Trump Moves To Protect Prayer In Public School
Next Article Who knew a hedge could be so important?