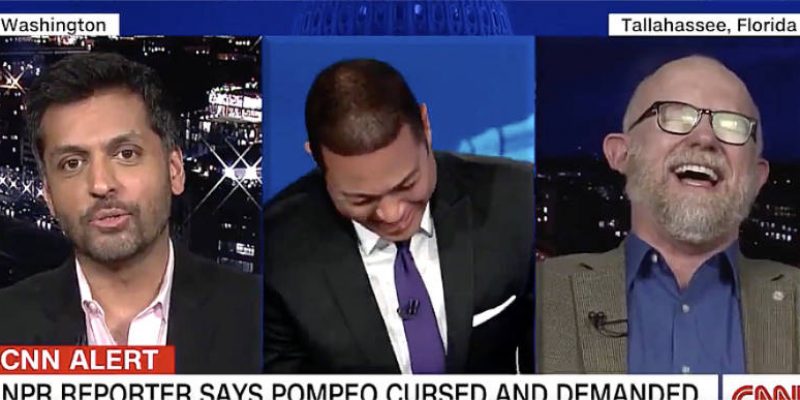 The Republican National Committee (RNC) wasted no time in utilizing a recent TV segment in which CNN host Don Lemon and two commentators generalize all Trump supporters as uneducated racists.

The exchange is the centerpiece of the new GOP ad, “They think you’re a joke.”

The CNN segment shows host Don Lemon laughing so hard at one of his guest’s Trump supporter accents that he is nearly brought to tears.

President Trump even took notice, standing up for himself via Twitter:

“CNN’s Don Lemon, the dumbest man on television, insinuated last night while asking a debate “question” that I was a racist, when in fact I am “the least racist person in the world.” Perhaps someone should explain to Don that he is supposed to be neutral, unbiased & fair…”

“….or is he too dumb (stupid} to understand that. No wonder CNN’s ratings (MSNBC’s also) have gone down the tubes – and will stay there until they bring credibility back to the newsroom. Don’t hold your breath!”

The new ad features several instances of similar, holier-than-thou behavior by leftist public figures including Hillary Clinton when she made her “basket of deplorables” comment.

The ad also includes a clip of former Vice President and 2020 Democrat frontrunner Joe Biden saying, “The issue of racism in the country because that’s his [Trump]’s base.”

The RNC’s video concludes with a simple call to action: “They think you’re a joke. Prove them wrong in November.”

See the new ad for yourself below:

Register to vote at www.vote.gov.