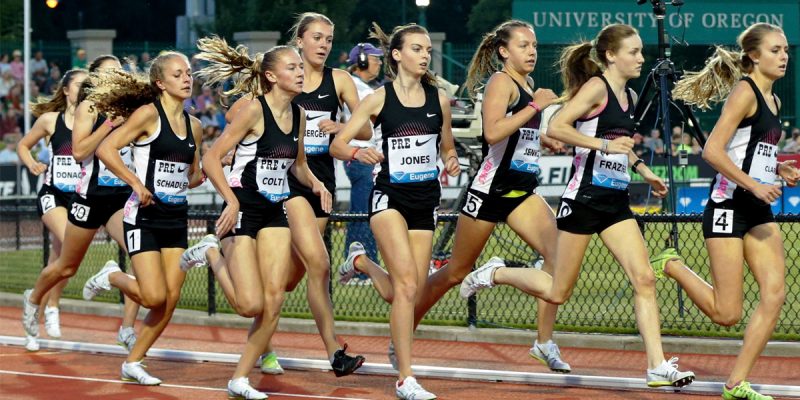 Last week I had an American Spectator column talking about how bills in state legislatures around the country banning “trans women” from competing in high school girls’ sports are going to be a thing this year, and how it’s an absolute nightmare for Democrats who, for some strange and idiotic reason, seem to want to oppose them.

You can expect this to be quite common in state legislative sessions across the country this year. There are already similar bills up for debate in Tennessee, Georgia, Washington, New Hampshire, and Arizona, among others, and as state legislatures crank up their 2020 sessions it’s inevitable there will be more.

In Alabama, when the GIRL Act had its vote in the House State Government Committee, it moved to the House floor on an 8-4 vote, which mirrored the party representation on the committee. All four Democrats voted to kill the bill.

The Arizona bill attracted the attention of one Democrat presidential candidate, Liz Warren, who is supposed to be a feminist.

“Trans athletes are not a threat,” she tweeted. “We need to protect trans kids — and all LGBTQ+ kids — and ensure they feel safe and welcomed at school. I urge the Arizona legislature to reject this cruel bill.”

Is this sinking in?

What these bills — in an election year when not only are the Democrats trying to unseat Donald Trump but also attempting to recapture the Senate and hold the House, not to mention compete for seats in lots of state legislatures across the fruited plain — are undoubtedly going to prove, based on their reactions to them so far, is today’s Democrat Party is all aboard with the idea that it’s perfectly fine for biological males to muscle their way into girls’ sports in high schools because they sign a piece of paper saying they’d like to be girls eventually.

Rasmussen has polled this issue, twice. As you can imagine it’s not a good issue for the Dems – the last time it was polled was November, and by a 51-29 margin protecting girls in sports is a winner.

Sure, it ought to be more than 51 percent. Heretofore this hasn’t been a public policy issue and people haven’t thought much about it.

Now it will be, and thanks to Sen. Beth Mizell (R-Franklinton), it’s going to be one in Louisiana.

Transgender athletes would not be allowed to compete in high school or college sports in Louisiana under a bill filed by Sen. Beth Mizell, R-Franklinton, ahead of the 2020 Regular Legislative Session.

If a student’s sex is disputed, the ‘Save Women’s Sports Act’ would allow them to establish “biological sex” with a doctor’s note that “verifies sex based solely upon the student’s internal and external reproductive anatomy, the student’s normal endogenously produced levels of testosterone, and an analysis of the student’s genetic makeup.”

The Senate Bill 172 also contains a series of statements that the legislature would endorse with its approval, including that the sex characteristics which develop during puberty “most important for success in sport” are generally stronger in men.

“The evidence is unequivocal that starting in puberty, in every sport except sailing, shooting, and riding, there will always be significant numbers of boys and men who would prevail over the best girls and women in head-to-head competition,” the bill reads and the legislature would declare with final approval. “Claims to the contrary are simply a denial of science.”

The measure would not prevent schools from establishing coed sports teams, as long as its creation does not disband or replace a women’s team. It also establishes legal protections for coaches or administrators who, in compliance with the proposed law, refuse to allow trans athletes to compete.

In addition, a female student who “is deprived or an athletic opportunity” or suffers direct or indirect harm from a violation of the proposed law could sue for damages, as long as the suit is filed within two years of the violation.

“Having separate sex-specific teams furthers efforts to promote sex equality,” the bill reads and the legislature would declare with its approval. “Sex-specific teams accomplish this by providing opportunities for female athletes to demonstrate their skill, strength, and athletic abilities while also providing them with opportunities to obtain recognition, accolades, scholarships, better physical and mental health, and the numerous other long-term benefits that flow from success in athletic endeavors.”

This is going to be a red-hot issue, and you can expect the local media to have a field day bashing Mizell for how mean she is to bring this bill.

And that will hold up right up to the point when the bill passes just about unanimously in the Senate, because almost nobody is going to throw in with Liz Warren’s crazy take on it, and when it passes just about unanimously in the House as well, John Bel Edwards will quietly sign it and hope nobody in Washington notices – because trans advocacy is starting to become a sacrament within the Democrat Party, and it’s something their primary benefactors, the insane teachers’ unions, have begun pushing.

Bills like Mizell’s call them out for it, and show the public just how off-the-rails the Democrats really are.

Members of that party in Louisiana have gotten a free ride for a while, in that they’ve been able to claim they’re “conservative Democrats” because they’re pro-life and pro-gun and so forth. Well, fine – but when their national party has lost their minds on issues like these, they ought to be made to account for that. Because the “conservative Democrats” have stood by and let cultural Marxists, as well as the old-fashioned economic kind, drag their party to the left. If that’s not who they are, then let them vote with Mizell on this bill and lots of other ones where our legislators are going to be made to stand up and be counted.

It’s going to get ugly, though, at least for a while.

Interested in more national news? We've got you covered! See More National News
Previous Article The Ukrainians Have Now Opened An Investigation Into Biden…
Next Article Analysis: Texas cities among fastest-growing in the U.S.