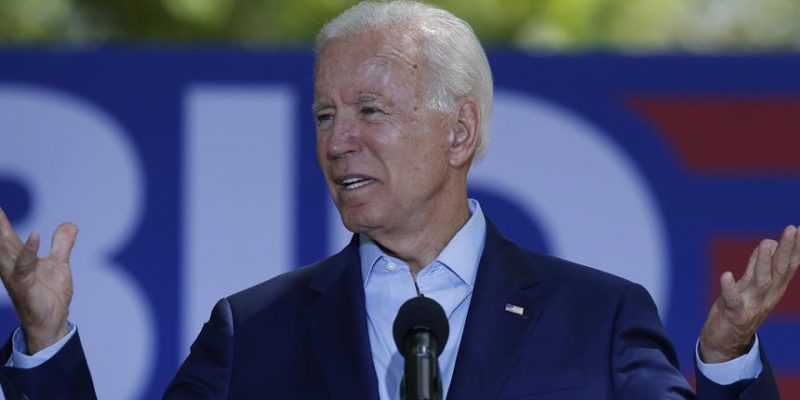 …and it’s now going to get pretty interesting for the former vice president. Because as we know, Biden is all but finished as a presidential candidate and the Ukraine thing is the leading reason why.

But Biden is supposedly the frontrunner in South Carolina, which could save his campaign from the glue factory. Until last night, that is.

Now, a former Ukrainian prosecutor general, whose allegations underpinned Trump’s efforts, has succeeded: He managed to get two criminal probes opened against Biden. He did it through multiple appeals to a Ukrainian court.

However, his victory is largely a legal technicality and is unlikely to lead to any serious investigation.

Former Prosecutor General Viktor Shokin was fired in 2016 after months of pressure from civil society actors and international partners for his sabotage of important cases and for blocking law enforcement reform. Shokin, however, claimed it was Biden — at the time, the White House’s point person on Ukraine — who forced the firing in order to protect a Ukrainian energy company where his son worked from a corruption probe.

That claim played a central role in Trump’s covert campaign to smear Biden and the Democratic Party ahead of the 2020 presidential election, which led to Trump’s impeachment. The U.S. president was ultimately acquitted of the charges against him by the U.S. Senate.

While the story of Trump’s pressure on Ukraine is no longer front-page news in the U.S., Shokin is still pushing his narrative — albeit to limited public interest.

By Ukrainian law, investigators have to enter a record of a reported crime into a unified register before actually starting a probe. If for some reason they don’t do that, a person can appeal in court.

Olena Scherban, a lawyer with the Anti-Corruption Action Center in Kyiv, said that, in such cases, procedural code requires courts to order law enforcement agencies to investigate. The court cannot refuse.

Shokin is an interesting character, in that there are reasons not having to do with Biden which would make it understandable he would have been sent packing, and that’s why there are people who discount the narrative that he was fired because Biden said so.

The problem being that Biden bragged about getting Shokin fired.

What this does in South Carolina will be interesting. Biden is supposedly the favorite there, and that’s supposedly going to save him. But Biden was only ahead of Bernie Sanders 28-24 in the most recent poll in South Carolina, which is a lot smaller number than his 11.8 point lead in the Real Clear Politics average.

If this most recent Ukraine thing gets legs, it could drive Biden below Sanders there, assuming that Post and Courier poll is more accurate than some of the others, and that would be the end of Joe Biden as a presidential candidate. With Biden out, it’s either Mike Bloomberg or the brokered convention, because the Democrats aren’t going to let Sanders be their nominee. They just won’t allow it.

But what a mess! That’s a political party in so much disarray they’re actually rooting for the coronavirus to become an extinction-level event in America.