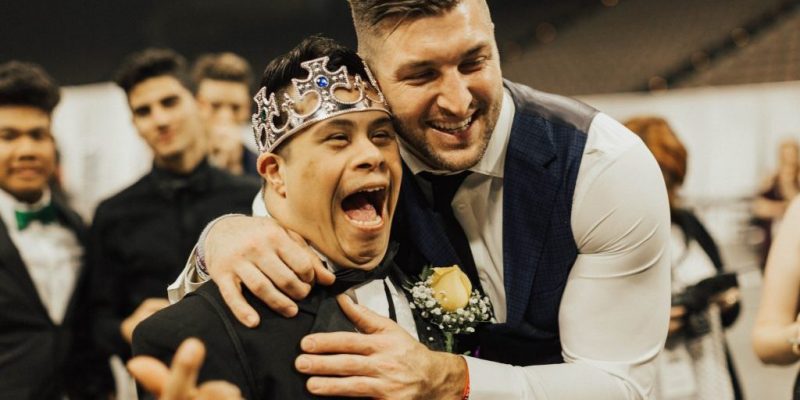 Tim Tebow has always been known as a winner, not only in the sports arena, but more importantly in life in general. He is a stand-up guy with strong values he does not waver from.

This past Friday night showed that pedigree to an even greater degree.

The Tim Tebow Foundation is committed to celebrating people in the special needs community.  The 2020 edition of “Night to Shine” was hosted by 721 churches across all 50 states and in 34 countries.

What is Night to Shine?

It’s quite simple. It is an unforgettable prom night.

“Tonight is all about making these special kings and queens feel loved. We pamper them, we take them for a ride in limos, we have them walk the red carpet, we crown them king and queen of the prom,” said one of the organizers of the dance held in Ascension Parish.

Tebow is well-known for his outspoken Christian faith, and he does much to back up his words. In the Philippines alone, he has preached, assisted with medical care, and supported more than 40 evangelists. Here in the States, he has shared his faith with prisons and schools, with church and youth groups, and at numerous meetings and conferences.

Of course this is just the tip of the proverbial iceberg.

His faith and outreach are important here because of what Friday night was all about for over 250 guests, 14 years of age or older with special needs, as well as for hundreds of family members and volunteers. The goal of the evening was to show compassion, inclusion, and the love of Christ to those that are so often left out.

Truly, these special people are worth so much in the eyes of their Creator. Hopefully they felt that Friday night.

But respect him, I do. Tim Tebow, you’re one of the good guys. Keep spreading that light in a world filled with too much darkness.