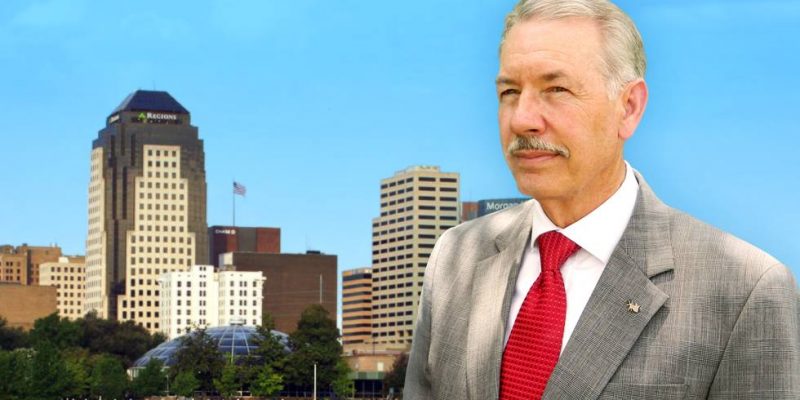 When a resolution supporting gun control came up for a vote in a recent meeting, Commissioner Jim Taliaferro took a stand and delivered a knockout blow to the gun control agenda in under three minutes.

As a military veteran and retired police officer, Commissioner Taliaferro was able to speak passionately, and from personal experience, of just how misguided gun control advocates are.

The resolution, which called upon the Louisiana Legislature to pass gun control, failed along partisan lines in a 6-6 tie with all Democrats voting in favor and all Republicans voting against.

It is a reminder of how important it is for conservative voters to turnout in local elections. And even though this vote was mostly symbolic, it shows that there is no ground left to be lost in the debate over guns and the second amendment.

Voting in favor were:

See Commissioner Jim’s remarks at the Caddo Parish Commission meeting for yourself:

I made my position very clear when it comes to the 2nd Amendment at last week's Commission meeting.."When the wolf comes knocking at your door, and it could, you want me and responsible gun owners like me in that church, in that synagogue, in that grocery store…"

“This is one of the most important rights we are afforded under our constitution and while I welcome both the opinion and the position of my colleagues, we need to address the facts:

VIOLENT CRIME IS DOWN AND BEEN DECLINING FOR DECADES. IN OTHER WORDS, AMERICA IS SAFE AND THE TREND IS SINCE 1990 THAT IT’S BECOMING SAFER

HIGHER RATES OF GUN OWNERSHIP ARE NOT ASSOCIATED WITH HIGHER RATES OF VIOLENT CRIME. JUST THE OPPOSITE, MOST GUN RELATED CRIMES ARE CARRIED OUT WITH ILLEGALLY OWNED FIREARMS.

THERE IS NO CLEAR RELATIONSHIP BETWEEN STRICT GUN CONTROL LEGISLATION AND HOMICIDE OR VIOLENT CRIME RATES. IN FACT MORE PEOPLE HAVE BEEN STABBED TO DEATH THAT HAVE BEEN MURDERED WITH RIFLES.

These are but a few statistics, but I could go on and on.

But the bottom line is this: You see, there is a term in law enforcement and military to describe and identify evil, it’s the Wolf. And when the wolf comes knocking at your door, and it could, you will want me and responsible gun owners like me in that church, in that synagogue, in that grocery store, on that school ground, in a public venue and countless other target opportunities the wolf will explore to prey on the innocent and unsuspecting. But when he does and the smoke clears and the sheep are safe, there will be the sheepdog, the responsible, law abiding, concealed or open carry citizen who took decisive action often at the risk of their own peril. My guess is, that none of the citizens saved will be questioning the type of weapon used, the length of the magazine, or how many or type of rounds were expended to extinguish the threat.

I have encouraged my wife and daughter to use as much force as necessary, to expend as many rounds as necessary until they, not me determined the wolf is no longer a threat.

Too many of our citizens in Caddo Parish understand that point, and for the Commission to consider legislation that would encourage anything otherwise, would be against the will of our constituents.”