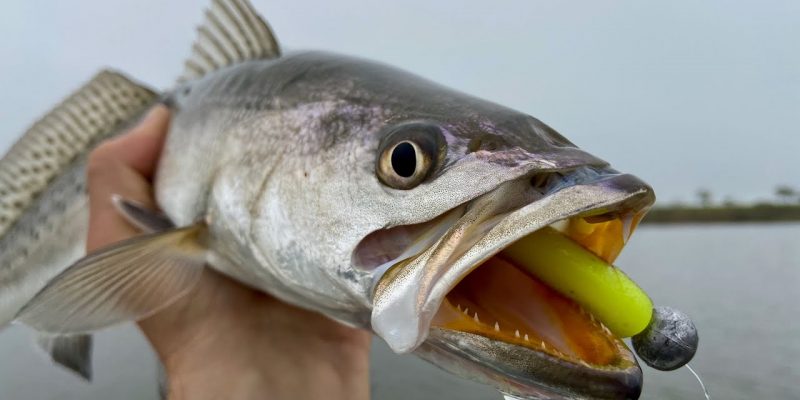 Peer deeply into your crystal ball. Through the foggy haze, you’ll see yourself standing on flip-flopped feet, dressed in shorts and a T-shirt, reeling in speckled trout one after another, while you and your buddies shout, “There’s one,” “Get the net!” and “Got another one,” so many times the marsh sounds like a frat party.

Those days are coming, but they ain’t here yet. Right now, speckled trout anglers across the coast are taking whatever they can find, and they’re elated to put ANY of their favorite fish in the boat.

I had hopes of tussling with whatever I could find last week during a quick trip into the residential canals of eastern Lake Pontchartrain, but I certainly hoped I would bump into some speckled trout.

Skies were gloomy, as they’ve been so often lately, and winds were low to moderate out of the southeast. Those two factors worked in my favor, but what didn’t was a raging Pearl River that spewed muddy water throughout the region, and made clarity in a lot of areas even more opaque than the sky.

The water in the canals actually wasn’t all that bad, so I knew those man-made channels held my best hope for putting fish in the boat.

Fortunately, my hunch was correct, and I caught a veritable seafood platter of fish, using a variety of techniques, including one that gives anglers a strong edge for finding feeding speckled trout this time of year.

Like the video? Please give it a thumbs-up, and subscribe to the Marsh Man Masson channel on YouTube. Also, leave a comment below or on the YouTube page. Have you been catching many speckled trout lately? If not, have you attempted the technique discussed in the video?