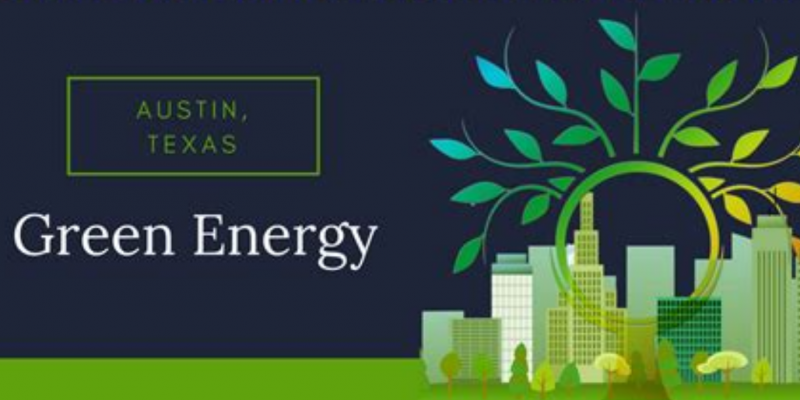 Austin Energy is increasing its percentage of renewable energy generation and “is on track to meet or even exceed its 2027 renewable energy goal,” according to a report from the Austin city auditor. Austin’s plan to be carbon neutral by 2050 is unrealistic, however, critics argue.

Its audit, “City Efforts to Reduce Carbon Emissions,” comes six months after the City Council declared it was facing a climate emergency and announced a strategy to reduce carbon emissions. The city pledged to make municipal operations carbon neutral by 2020, and the Austin community to be carbon neutral by 2050.

However, according to the auditor’s report, transportation emissions in Austin will not be reduced enough “to the extent needed to meet the 2050 carbon-neutral goal” unless motorists “significantly decrease driving alone in gas-powered cars.”

According to the Austin-American Statesman, the majority of Austin commuters, roughly 75 percent, drive to work individually as opposed to carpooling or taking public transportation.

In addition to driving less, more drivers also must purchase and use electric vehicles in greater numbers for the city to meet its goal to be carbon neutral by 2050, according to the report.

“This lack of control makes it difficult for the city to know if it will reduce transportation emissions enough” to meet the goal, the audit report adds.

In May 2019, the City Council passed a resolution directing the city manager to include an analysis of transportation electrification and action planning in the next update to the Austin Community Climate Plan.

The city also plans to plant up to $500,000 worth of trees this year to “offset carbon production,” which it admits does not reduce carbon emissions.

The Texas Public Policy Foundation (TPPF) points to the disaster of a much smaller town’s similar initiative in Georgetown, Texas, which sought to claw out from under Georgetown Utility Systems’s 2017 $6.84 million shortfall.

In October 2018, the city won a $1 million grant from now Democratic presidential candidate Michael Bloomberg’s nonprofit, Bloomberg Philanthropies, to move the city to become 100 percent renewable energy dependent. Within a few months, officials pointed to the structure of the city’s renewable energy contracts leading the city to buy more energy than it actually needs and sought to get out of the contract.

These efforts, among numerous others throughout the country, are faulty based on a simple understanding of physics, the Manhattan Institute argues. In its analysis, “The New Energy Economy,” Mark Mills points to numerous scientific calculations to explain why transitioning to solar and wind cannot replace hydrocarbons (oil, natural gas and coal).

“The quantity of energy produced is determined by how much sunlight or wind is available over any period of time and the physics of the conversion efficiencies of photovoltaic cells or wind turbines,” he says, in addition to not having the technology or money to finance technology to make such an inefficient transition.

“To completely replace hydrocarbons over the next 20 years, global renewable energy production would have to increase by at least 90-fold,” he said. “For context: it took a half-century for global oil and gas production to expand by 10-fold. It is a fantasy to think, costs aside, that any new form of energy infrastructure could now expand nine times more than that in under half the time.”

Using calculations in the report, Chuck DeVore, vice president of National Initiatives at the Texas Public Policy Foundation, argues that in order for Georgetown to rely 100 percent on renewable energy using the latest state-of-the-art mass-produced batteries from Tesla’s Gigafactory, “it would need a $400 million battery farm weighing some 20,000 tons to avoid a blackout on a windless winter night.”

“After spending $15,600 for each household to build such a battery farm, its backup power would be drained in 12 hours, with a second windless winter night leaving residents shivering in the dark,” DeVore said.

Using the same calculations as DeVore’s and Mills’, the City of Austin, with a population roughly 14 times larger than Georgetown’s, would need at least 14 $400 million battery farms (14 times at least 20,000 tons) to cover 100 percent renewable energy. The plan also does not include recycling and storing solar panels and batteries after their estimated 30-year life ends, which experts warn pose an even greater long-term environmental waste problem.

Despite these calculations, Austin Energy, the city-owned utility, has agreed to purchase renewable energy from wind or solar power companies and has said it plans to halt coal-based energy production from part of the Fayette Power Project it owns.

Interested in more news from Texas? We've got you covered! See More Texas News
Previous Article Bloomberg spends an unprecedented $400 million of his own money to date
Next Article Austin Democrats Eat Own With Opposition To Homeless Camping Petition