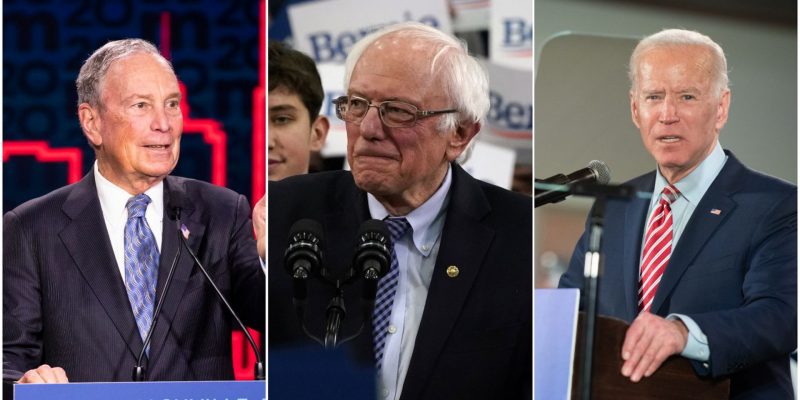 Democrat Presidential hopefuls faced off again last night and there were some fireworks, not unlike the last debate. CBS hosted the debate in the soon-to-vote state of South Carolina where Joe Biden is really counting on a win.

The Palmetto State has long been considered a “firewall” for Biden who has held a significant lead in virtually every poll that has been done in the state. However, his numbers have taken a dive which could put him at risk of losing a state he once considered a guarantee.

The former Vice President has made a habit of saying the wrong things on the campaign trail, misspeaking without correcting himself as recently as yesterday when he told a South Carolina crowd that he is “a candidate for US Senate”.

Biden didn’t need to win the debate but he did need to avoid another gaffe which he did not, saying at one point that “150 million Americans” died from gun violence last year – a number that would amount to nearly half of the US population.

The mistake was not missed by President Trump who opined this morning,

“Crazy, chaotic Democrat Debate last night. Fake News said Biden did well, even though he said half of our population was shot to death. Would be OVER for most. Mini Mike was weak and unsteady, but helped greatly by his many commercials (which are not supposed to be allowed during a debate). Pocahontas was mean, & undisciplined, mostly aiming at Crazy Bernie and Mini Mike…”

Mike Bloomberg went after front-runner Bernie Sanders, saying that Russia is helping his campaign as a way of ensuring that President Trump is re-elected.

Elizabeth Warren was vicious again in her attacks on Bloomberg, calling him “the riskiest candidate on stage” and warning that the Democrat base will never trust him.

Joe Biden was louder than usual, seemingly shouting into the microphone at times but delivering his talking points with emphasis at one point emphasizing that he will “take on the gun manufacturers”. Biden also took a different tone on Chinese President Xi Jinping, calling him “a thug”.

See the highlights for yourself below: