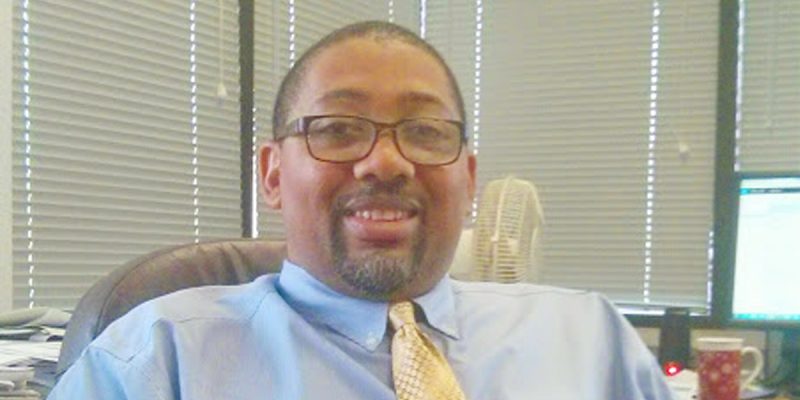 It’s not so much the ignorance behind the belief as that the belief exists in the first place, and so fervently in so many quarters that discredits higher education, especially in the eyes of the Louisiana citizenry.

Last week, Southern University Baton Rouge political science professor Albert Samuels presented a talk at the school’s version of “free speech alley.” It was entitled “The Moment We Have Feared is Upon Us: Why the 2020 Election May Be Democracy’s Last Stand in America.”

A brief story about the upcoming event appeared in the Baton Rouge Advocate, with no follow. Southern’s student newspaper the Southern Digest doesn’t appear to have covered it. The flyer promoting it featured pictures of Republican Pres. Donald Trump, Adolf Hitler, and the flag of the Soviet Union.

Samuels called the choice of imagery eye-catching to drum up a crowd. But having served with him on a couple of panels at professional meetings and (as I recall many years ago) appearing on a radio program together, I suspect that this imagery reflected the content of the speech all too well. After all, in 2006 Samuels went on the record as advocating impeachment of GOP former Pres. George W. Bush, and I’m sure didn’t shirk from a similar sentiment regarding Trump.

If so, the presentation would have attempted to draw comparisons between the 1933 election in Germany and this year’s impending one in the U.S. In 1933, the National Socialists came close to winning an outright majority of seats in the country’s lower house, the Reichstag, which led to the installation of Hitler as chancellor by the ailing, if not already mentally compromised, Pres. Paul von Hindenburg. Within weeks the Nazis cowed enough of the body to pass laws and decrees that began to dismantle democracy, using the notorious Article 48 of the existing constitution that allowed the president to issue decrees that, in this case, empowered Hitler’s government.

Of course, the institutions and processes of America’s system of democracy, as well as its political culture, are light years from that of the Weimar Republic; there’s no Article 48 and a far firmer system of separated powers exist. America has no history of authoritarian rule while Germany then (and, more diluted, now) had that albatross around its neck.

If anything, a decade ago America was closer to an authoritarian moment with Democrat former Pres. Barack Obama fond of wielding power in that fashion and a Congress prepared to commit folly in his name, such as cram down the nation’s throat the misnamed Patient Protection and Affordable Care Act. And the great irony of the presentation, if it alleged that reelection of Trump threatens democracy, is that the Democrats appear more and more likely to nominate someone who repeatedly has expressed approval of authoritarian rule elsewhere.

Piffle the presentation may have been, but the principle of academic freedom conveys the right for its dissemination if desired. But the problem for Louisiana public higher education is such obvious misfires like Samuels’ have negative public policy consequences.

The state’s higher education institutions ritually ask for more from taxpayers, despite their funding it at about an average level across the states. But when revealed those tax dollars go to funding such a facially absurd product like the apparent subject of Samuels’ talk, the public and policy-makers are right to question whether higher education spends its existing taxpayer revenues wisely, much less whether it deserves more.

If the public remains skeptical of the utility of Louisiana higher education, it’s because of incidents like these.