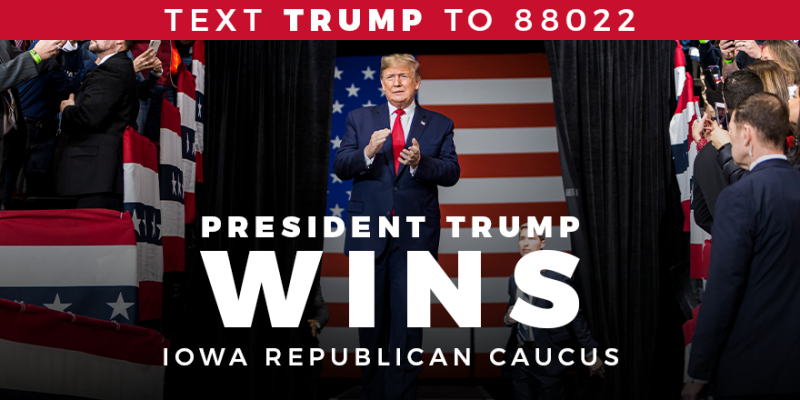 While the final numbers are still to be confirmed, the Bernie Sanders Campaign claims to have won the first-to-vote state of Iowa last night, delivering a decisive blow to fellow Democrats and winning 30% of the vote.

However, the Iowa Democrat Party says it is conducting “quality control” relating to some technical issues with their voting app sparking concerns of election tampering.

But the Bernie Sanders campaign says they have it in the bag, releasing comprehensive numbers that they claim will align with the final results.

If true, it is devastating news for former front-runner Joe Biden who only registered at fourth place with 12% of the vote, finishing behind both Pete Buttigieg and Elizabeth Warren.

Based on those numbers, the results are as follows:

On the Republican side, things unfolded much more smoothly with President Donald Trump winning handily after securing a whopping 97% of the vote among Republican caucus goers in the Hawkeye State, securing all 38 delegates that the state will send to the 2020 Republican National Convention.

In fact, the Republican National Committee is saying that Donald Trump received record voter turnout for an incumbent President.

RNC Chairwoman Ronna McDaniel made the announcement on Twitter saying,

“Congratulations to @realDonaldTrump for officially breaking the turnout record for an incumbent president in the #IACaucus!”

President Trump welcomed the news posting the above graphic and adding that, “The Republican Party Has Never Been More United!”