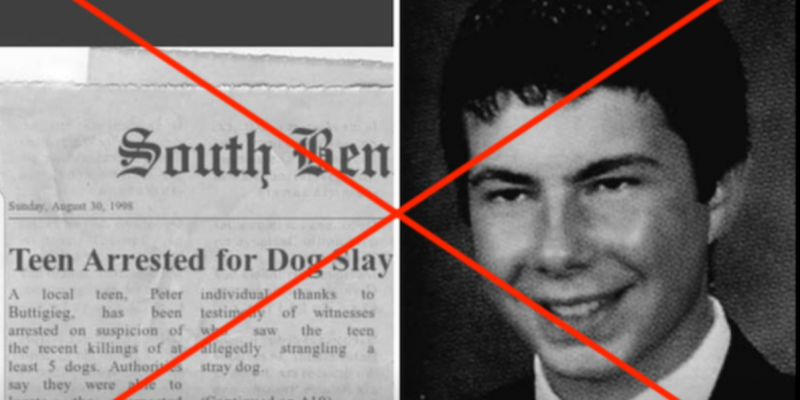 Regardless if you are a supporter of Former South Bend, Ind., mayor Pete Buttigieg or not, someone creating a fake news article about him saying he killed dogs should be an outrage to everyone. Imagine this happening to any of us– which is a reality today–because of someone’s misuse of technology.

There are many things wrong with this situation, the first being that the masthead of the article is from a real newspaper.

The second being that the creator of the fake news article said he was joking. Why joke about killing dogs? Animal cruelty is never a laughing matter. And what is the motivation for spreading misinformation?

The image of the article was created by using Newspaper Clipping Generator, an online tool that allows anyone to publish images of news articles using genuine news publication mastheads (or fake ones) and create news clip images. In this case, the clip implicates the South Bend Tribune, which never published the story.

Can you imagine the newspaper owner’s surprise to find out that their publication was being used to spread false information that they didn’t publish?

The article clip is dated Aug. 30, 1998 and its headline reads: “Teen Arrested for Dog Slayin.”

Its text reads, “local teen, Peter Buttigieg, has been arrested on suspicion of the recent killings of at least 5 dogs.”

“Even though that Twitter user admitted Sunday night he intended the fabrication as a joke, The Tribune was still receiving calls and messages Monday afternoon hoping to verify the story. Some thanked us for clarifying it; others angrily denounced us for ‘covering up for Pete.’ So let’s just make this perfectly clear: The Tribune did not publish the story making the rounds.”

According to Politifact, @ComradeCrow has repeatedly said the clip is fake and was supposed to be a joke.

But why create a fake story as a joke?

There’s enough authentic material for comedy– why spread misinformation and then claim you were joking afterwards?