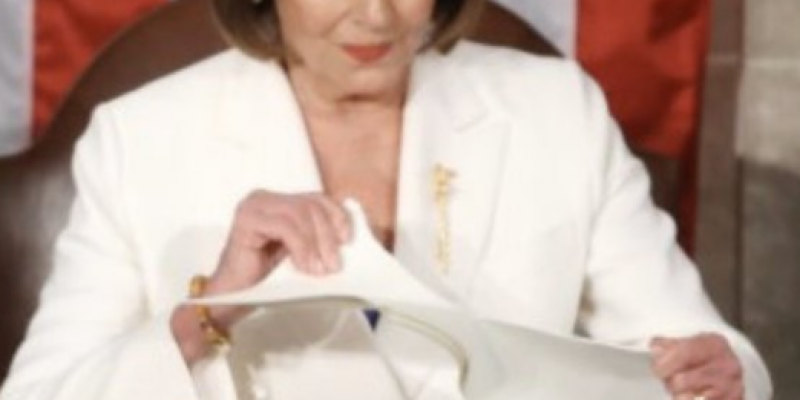 In response to Nancy Pelosi’s planned childish antics of ripping up President Trump’s speech, member of Congress have made their own announcements about her behavior.

California Republican Kevin McCarthy added his own about impeachment:

In response to her classless outburst, I've decided to introduce a resolution to censure & condemn Speaker Pelosi.

In a new low, she violated the Code of Official Conduct requiring Members "behave at all times in a manner that shall reflect creditably on the House." pic.twitter.com/gvf6KWNpSM

I will be filing charges against @SpeakerPelosi in the House Ethics Committee.

She disgraced the House of Representatives. She embarrassed our country.

The rules of the House do not permit a little temper tantrum just because you don't like what President @realDonaldTrump says. pic.twitter.com/3sJ6AFJdQ5

What exactly was “fake” about gold star families, lowest unemployment in 50 years, and honoring Tuskegee airmen?

Why do good, all-American moments make you so angry? https://t.co/NAofGbYxyz

Here’s what Nancy did:

“Whoever, having the custody of destroys the same, shall be fined… shall forfeit his office and be disqualified from holding any office under the United States.”https://t.co/o5jzF4X43C pic.twitter.com/xbj3gCzzX8