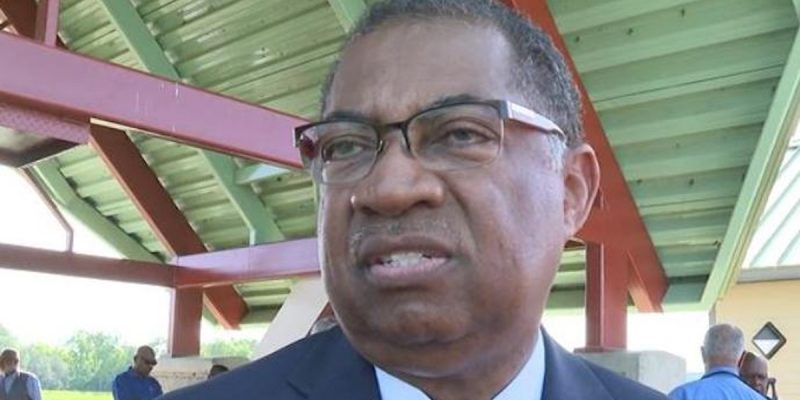 …because you’ll be able to pick up some stupid-people cash from that city’s mayor Jeff Hall, who is wasting public dollars on a gun buyback scheduled for Feb. 15.

The announcement about the program came from Mayor Jeff Hall on Thursday at a community briefing and was expanded on in a press release later that afternoon.

“We want to increase our efforts to address the rash of gun-related incidents we have seen recently in Alexandria,” Mayor Hall said in the release. “Church and civic groups have conducted these buyback programs in the past, and they do make a difference.”

Individuals looking to turn in weapons will receive $50 for a handgun and $100 for rifles and shotguns. The city said no questions would be asked.

“We won’t be taking down license plate numbers or checking IDs, we will just take the weapon and give the donor their cash,” said Mayor Hall. “We want to reduce the number of weapons that are out on the street in the hope that it will cut down on the number of gun-related incidents. If the gun isn’t lying around, then someone can’t pick it up in anger or a child won’t find it and cause an accidental shooting. We’re trying to do what we can to prevent a tragedy from happening.”

Guns brought to the buyback should be unloaded and placed in the trunk of the vehicle, the city noted, “During the buyback, participants simply pull into the driveway at the fire station. Law enforcement officials will remove the weapon from the trunk, verify it is in working condition, and then pay for the weapon. The driver never needs to get out of the car, they can just drive through and drop it off.”

We also asked Smilie if officials would be checking to see if any of the weapons were stolen. We’re told that they will be checked and if a weapon is reported stolen it will be returned to whatever agency was tracking it as stolen.

Why these idiot Democrat mayors continue doing these dumb gun buybacks we don’t know, but we encourage all of our readers who have old guns you don’t want anymore to bring them to Alexandria and unload them on Jeff Hall’s proverbial doorstep, thus relieving him of that city’s money.

And then let the people of Alexandria throw a fit about how he wasted tax dollars that should have been used to fill potholes or clean up trash in order to make himself feel good that he was doing something about “gun crime.”

We did this in New Orleans, you know, and it worked like a charm. Last year that city’s idiot mayor LaToya Cantrell, before she started covering corpses with tarps as her chief mayoral duty, tried one of these and ended up turning people away, getting inundated with guns from the suburbs. LaToya and her people screamed and whined that folks were abusing their event, seeing as though it was designed to disarm black people who live in bad neighborhoods where they really need guns rather than middle-class white folks who just used her free swag as money toward a brand-new model.

Hopefully this reprise turns into the same chaos Cantrell’s clownshow gun buyback did. Even stupid people can learn eventually.