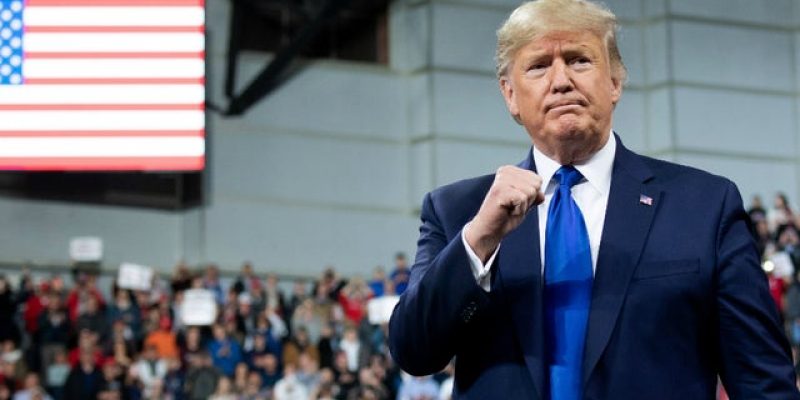 President Trump is having a good week and it is likely to only get better. The President took Super Bowl LIV by storm, premiering two new television ads ahead of his State of the Union Address on Tuesday followed by an all but guaranteed acquittal in the Senate.

The first ad was a surprise as the Trump Campaign only released the other one. The video highlights the President’s leadership on criminal justice reform with the passage of the First Step Act. It shows former “lifer” Alice Johnson saying, “I want to thank President Donald John Trump!”

Watch the heart-warming video below:

The second ad is entitled “Safer, Stronger, and More Prosperous” and it was all about the economy, touting historically low unemployment numbers across virtually every demographic and finishing with President Trump promising, “And ladies and gentlemen, the best is yet to come!”

You can watch it for yourself below:

The two advertisements both cost several million dollars to play to an audience of roughly 100 million, or nearly 1 in 3 Americans.

On Tuesday, President Trump will personally speak to one of the largest audiences of his Presidency during his third State of the Union Address. It is a unique one as the 45th President faces the final days of his impeachment trial, setting the stage for an epic Presidential rebuttal. Last year, nearly fifty million viewers tuned in to watch the historic speech.

The President is expecting a third win on Wednesday when the US Senate is expected to acquit him of the charges levied by House Democrats in the Articles of Impeachment.

Between the Super Bowl ads, a historic State of the Union speech, and the impending vindication of acquittal and with it the conclusion of his impeachment- it is a good week for President Trump.