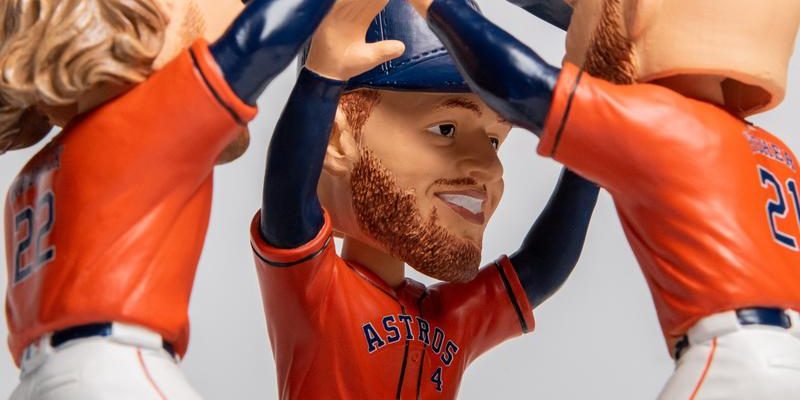 Yet something tells me maybe this is all just a distraction to keep fans’ eyes off the Astros and Red Sox cheating scandal.

We should all hope so. The league is proposing sweeping changes to the playoff format that would include almost half of the 30 teams.

Talk about everybody getting a participation trophy.

Before I delve into the particulars, let’s look at some history. In 1993, the Atlanta Braves and San Francisco Giants battled to the very end of the regular season to determine who would make the playoffs and who would be packing their bags for the offseason.

It was some of the most scintillating drama you could ever find in sports.

Here is how that division ended up:

It would be the final time ever that a 100-win team would miss the playoffs, and sadly for baseball purists, the last real pennant race before playoff expansion and the addition of the wild card changed the game a year later.

Yes, it is hard to believe now, considering five teams from both the American and National League make the playoffs, but the 103-win San Francisco Giants missed the postseason in 1993 after leading the division for much of the year.

Yes, I know the Nationals and other wild cards have won the World Series. But there’s just something superficial, something that lacks meaning, when a team makes the playoffs and advances with a single win. Baseball has always been about series, not single games.

But Commissioner Rob Manfred and friends are now considering not a tweak, but an entire overhaul of the playoff format that makes most any move by NFL Commissioner Roger Goodell a good one.

Manfred and company are proposing an increase from 10 to 14 teams, which means that nearly half of the 30 teams will make the postseason.

Oddly enough, it is exactly the beef I and others have about the one-game play-in that will be eliminated. But fixing a problem with even more problems doesn’t solve the original one. It just makes a mess.

Here is a glimpse, according to NBC Sports, at the proposal that could be in place as early as 2022 with the new TV deal.

On top of this buffoonery, the league would host a NCAA selection show-type program on the Sunday night the regular season ends, for teams to select their playoff opponents.

So the plan is, after a marathon of the 162-game season, to give all the little sprinters a chance to beat the teams that have clearly proven their worth over the course of six months.

So the plan is to have more wild card teams than division winners.

So the plan is to reward the best team in each league with several days off, clearly a disadvantage in the game of baseball when the minutia of routine and repetition is so important.

The one-game play-in may be a joke, but it’s probably over and done with. There’s no going back. And if there is a chance of going back, then that is the solution–go back to the eight-team playoff format MLB implemented from 1994-2011.

To put this proposal in context, if these rules were in play last season, the Astros would have received a bye straight to the AL Division Series. That would have left the Yankees to choose from the Rays, Red Sox, or Indians to host in a three-game series. The Twins would then have gotten the next choice of the remaining teams, with Oakland playing the one not chosen.

How irritated and fired up would a team be if a division winner essentially said “hey you’re the worst of the bunch we want to play you.”

Commissioner Manfred had better be careful. He is playing with a sport that has a rich and proud backdrop. Baseball has a much longer history than any of the major sports, and more than any, tradition has always played more of a role in it. Before 1993 there had been only one change to the playoff format in almost a century–when the playoffs went from one round (World Series) to two rounds (ALCS, NLCS, World Series) in 1969.

It stayed that way for 35 postseasons.

Now we are talking about a third change in 27 years, and an enormous one, at that.

Perhaps the most unique aspect of Major League Baseball is how hard it always was to get into the postseason, i.e. 1993. It is enough that big changes have already been made to acquiesce to the modern television viewer, and to include more teams–thereby increasing fan interest and revenue–in the playoff chase. But what is being discussed now is precisely the problem you run into any time you change something like a playoff format in the first place. It is a marathon season that should end with the very best teams getting in, teams earning there way in over the long haul.

And the Washington Nationals starting the season 19-31 and winning the 2019 title does nothing to change my mind. The best teams over six months deserve to get in. Fine, they were one of the ten best teams. We don’t need to go adding more possibilities to the mix.

This new proposal would ruin a postseason already teetering on a lack of integrity. It would further water down a 162-game regular that should be a test for the best instead of just a six-month formality that allows lesser teams to leak in. Sure it may add interest, but is adding interest really the only thing the league wants? Because if adding interest–and $$$$$$$$$$$$$–is the goal at the expense of the integrity of the sport, then the regular season will actually turn in the opposite direction. It will become meaningless and boring, more so than it already is.