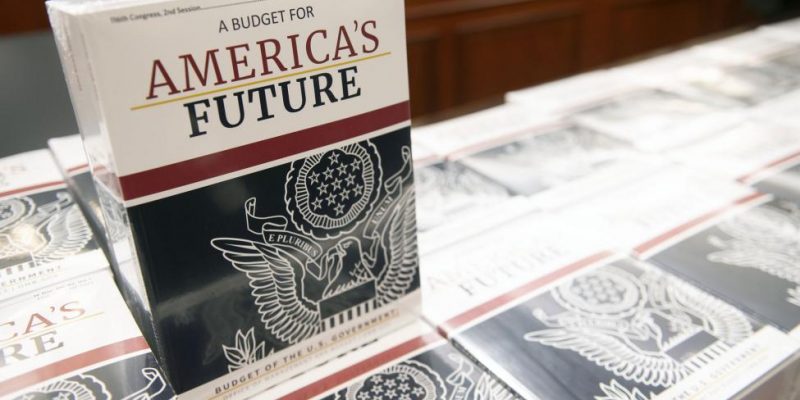 The White House today released their proposed budget for fiscal year 2021, labeling it “A Budget for America’s Future”, and President Trump is making some pretty big changes to the spending priorities of the world’s top economy.

The $4.8 trillion plan would set the United States on the path of a balanced budget in 15 years, reducing the federal deficit by $4.6 trillion over the next 10 years.

The White House is proposing a reduction in foreign aid of an impressive 21% and the scaling back of welfare programs with the focus on rooting out waste, fraud, and abuse.

While there may be some reforms to Medicaid, there will be no changes to Social Security or Medicare – a promise the President reiterated in a press conference this morning saying,

“There will be NO CHANGES to the benefits of Social Security and Medicare in this budget!”

“We’re increasing spending on our nuclear program because we have no choice… at the same time, Russia and China want to negotiate… Until we have that agreement, the only thing I can do is create, by far, the strongest nuclear force anywhere in the world.”

This afternoon President Trump proclaimed the proposal as the most budget-busting budget in American history posting to social media,

“This budget will balance itself in 15 years and includes more deficit reduction than ANY President in history!”

Democrats are up in arms over “massive cuts” to the Environmental Protection Agency (EPA), Department of Education, student loan assistance, and reforms to Medicare.

“The budget is a statement of values. Once again, the #TrumpBudget makes it painfully clear how little the President values the good health, financial security and well-being of America’s hard-working families.”