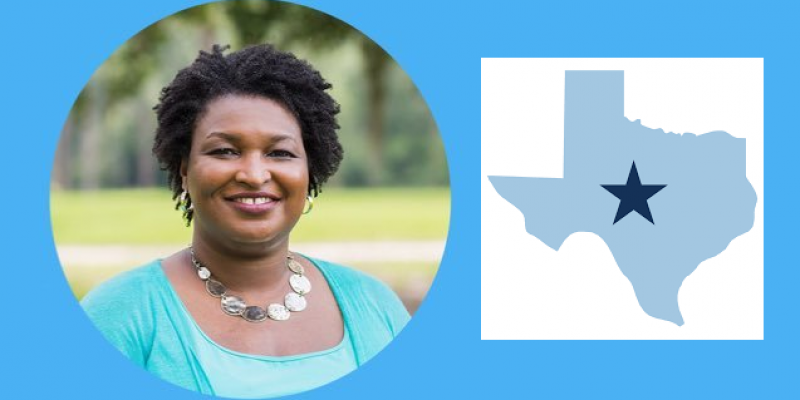 A handful of months ago, Texas Democrats were crying foul over Republican efforts to target conservatives and recruit them as voters.

Now, the Texas Democratic Party (TDP) has contracted with a group to do basically the same thing.

Fair Fight 2020, a multi-million dollar initiative launched by former presidential hopeful and Georgia Democrat Stacey Abrams, has entered a formal agreement with the TDP, but has been at work in the Texas since at least December.

Rewind to this summer, when Engage Texas began working to feverishly recruit voters for the GOP. Via the Houston Chronicle, TDP spokesman Abhi Rahman said “If you’re going to be there and register voters, that’s fine. But if you’re only registering conservative voters and you’re making them do a political test … that’s where the problem is.”

Fair Fight is largely an anti-voter suppression organization (i.e. it does not care much for voter ID, shorter early voting hours, or paper ballots) has a goal of registering “a share of the estimated 2.6 million Texans who are likely to vote Democratic.” Their tactics include, according to the Chronicle, data-driven programs, deploying 1,000 field organizers and canvassers on the ground, and mailing voter registration applications to unregistered voters across the state.

Rahman did not share with the media how much money Fair Fight is pouring into the state party, but that it is a “significant” amount and may be the largest such effort in modern Texas history.

Engage Texas reported $8 million cash on hand and that it has hired 300 people. It complements a Republican Party of Texas initiative to register new voters, but remains a separate effort funded largely by conservative mega-donors.

From the hip: If anyone thinks for a moment that Engage Texas is targeting only conservatives and Fair Fight is casting a wide, non-partisan net, they’re fooling themselves. Fair Fight will target Democrats, though the precise tactics are not yet known.

While TDP’s press release focused mostly on making it easier to vote (hotline and everything), the final blow from TDP’s new “Voter Protection Director” Rose Clouston says it all:

“Texas Democrats are rising. With plans to run the largest coordinated campaign in Texas history and with the launch of the biggest voter registration program in Texas, there has never been a better time to be a Texas Democrat. We will win the White House, take out John Cornyn, send more Texas Democrats to Congress, break the supermajority in the Texas Senate, flip the Texas House, and elect hundreds of local Democrats across the state.”

Read: This is all part of an effort to get more Democrats to the polls. Make no mistake there.

As we noted previously voter registration in Texas is up from 13 million in 2010 to 15.8 million in 2018. With the Texas population on the increase, and a renaissance of sorts taking place in terms of voter outreach technology, both major parties are scrambling to reach these new, prospective voters.

RPT is ahead, and TDP may be running scared. For starters, a special election runoff in HD 28 near Houston attracted a larger-than-usual share of liberal PAC money and attention from the likes of Elizabeth Graham and Beto O’Rourke with plenty of TV ads, but even with a trickle of GOP support, the Republican candidate won by double-digits.

Also, it has recently been asserted that Californians and other expatriates that are fleeing high taxes and ridiculous regulations may be more conservative than previously thought.

Democrats are already paranoid of conservative efforts to “steal elections” by requiring that actual, provable human beings cast a ballot. Mix this in with a rational fear of Texas maintaining a strong conservative lead during redistricting and throughout the 2020s, and you have quite a juggernaut of Democratic activity to maintain relevance in Texas and across the nation. This is an admirable step by Texas Democrats but one that may have come too late to counter efforts being made by Republicans.