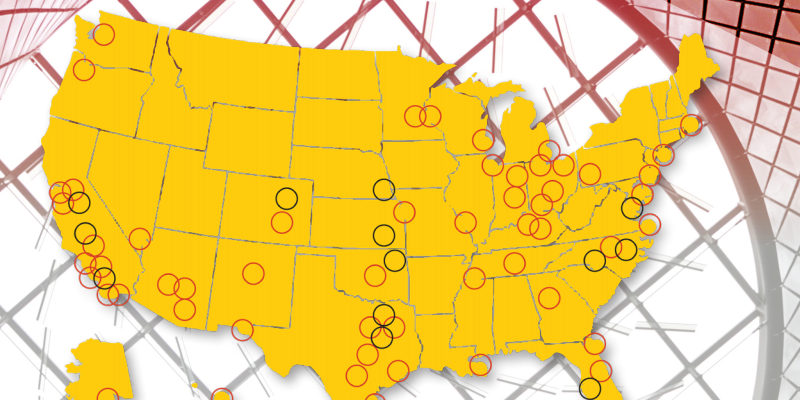 Twelve of the largest cities in the U.S. counted surpluses in 2019, while 63 cities don’t have enough to pay their bills, according to the 4th annual “Financial State of the Cities” report published by the nonprofit educational organization, Truth in Accounting (TIA).

The report surveys the fiscal health of the 75 largest municipalities in the U.S., drawing from 2018 data derived from audited Comprehensive Annual Financial Reports on file in city halls nationwide. It grades them according to how they balanced their respective budgets, whether or not officials include the true costs of the government in their budgets, and other measures.

Chicago ranked second worst behind New York City, with a taxpayer burden of $37,100. TIA divides the amount of money needed to pay bills by the number of city taxpayers to calculate the taxpayer burden.

Total debt among the 75 most populous cities amounts to $323.2 billion, excluding restricted assets, capital assets or debt related to capital assets. Most of the debt can be attributed to unfunded retiree benefit promises like pension and retiree healthcare liabilities. In the latest data analyzed, pension debt accounted for $176.2 billion, and other unfunded post-employment benefits (OPEB) totaled $149.8 billion.

“We have good news this year,” TIA founder and CEO Sheila Weinberg said in a statement accompanying the report. “The cities are finally reporting all of their liabilities on their balance sheets, including those related to retiree health care benefits. The bad news is for every $1 of promised retiree health care benefits, the 75 cities have only set aside 13 cents to fund these promises. ”

The report excludes two of the most populous cities – Newark and Jersey City, both in New Jersey – because they do not issue annual financial reports that follow generally accepted accounting principles (GAAP). As a result, TIA included the next two largest municipalities based on the U.S. Census Bureau’s 2017 population estimates.

Government reports are lengthy, cumbersome, and sometimes misleading documents, TIA notes. Its mission is to provide understandable, accurate, and transparent financial information to taxpayers to become involved and hold accountable their government officials.