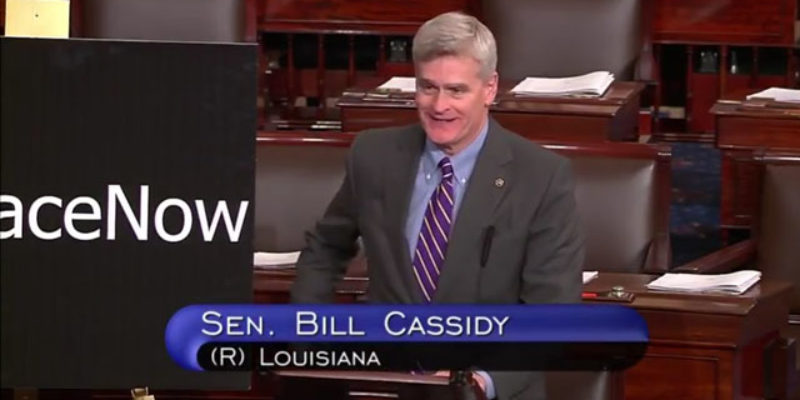 The Teleabortion Prevention Act would make it a federal crime for healthcare providers to perform a chemical abortion without first physically examining the patient, being present during the procedure, and scheduling a follow-up visit for the patient.

“Louisiana requires a physician performing an abortion to have admitting rights at a local hospital. This is for the safety of the mother. Teleabortion clearly does not comply,” Cassidy said in a joint statement.

“I firmly believe that advances in medicine should be used to save lives, not take them away,” Sen. Inhofe said. “Chemical abortions are already dangerous, but allowing chemical abortions to take place through telemedicine, creates even more risk. I applaud Sen. Cassidy for his leadership of the Teleabortion Prevention Act, which would make the performance of mail-order abortions a federal offense, and I am glad to support it as a cosponsor.”

“Performing an abortion without the presence of a health care provider puts the lives of both the mother and unborn child in serious danger. Chemical abortions present serious risks, and health care providers need to be responsible stewards of that knowledge,” Sen. Blackburn said.

Sen. Scott added, “Not only are teleabortions unsafe, they pose a threat to the lives of mothers, putting them through unhealthy and unnecessary risks.”