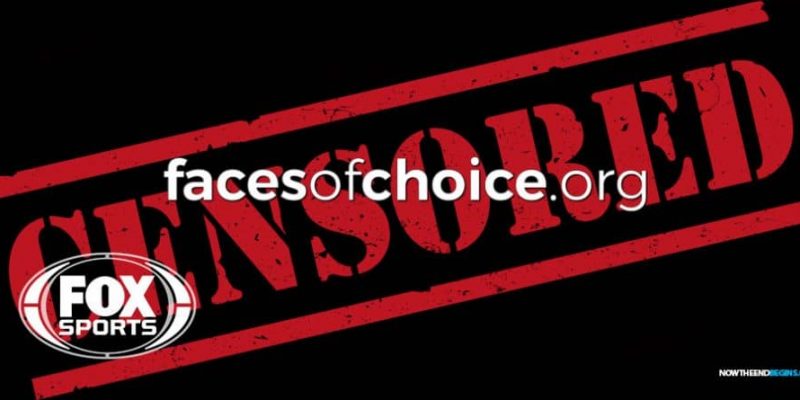 It turns out beer and the pro-life movement will have a lot in common tomorrow night.

Both will be put on ice for the Super Bowl. For this reason, I will definitely be exercising my pro-choice rights, and I invite you to do the same.

More on that at the end.

Faces of Choice is an organization dedicated to highlighting and celebrating the often overlooked number of people who have survived abortion. The organization posted on Facebook on Monday that over the past six months, it has struggled and ultimately failed in its consistent attempt to have Fox air a half-minute commercial.

The commercial features anecdotes of some of the fortunate who survived their mothers’ abortion attempts.

When communication began six months ago, Fox gave the impression that there was ad space, as they kept the lines open with founder Lyric Gillett and said that they would give an answer by November.

But that answer never came, until in the end a Fox spokesperson said, “Super Bowl LIV sold out at a record pace this year, and unfortunately we were unable to accommodate Faces of Choice and other advertisers.”

“Every time we would meet a stipulation or request, it would morph into something different,” Gillett said. “I would send an email saying, ‘What else do you need to get some type of answer?’ We never got that answer. So it’s just been a very frustrating experience.”

It seems Fox was moving the proverbial goalpost on Gillet and her organization. How very football of them.

Gillett claims that she wrote the ad three years ago. She immediately began the fundraising necessary for the estimated $5 million it takes to purchase a 30-second spot during the Super Bowl.

“Every great human rights movement in history has been anchored in the stories and the faces of its victims,” she said. “That’s what we aim to do. We simply want to tell their forgotten stories, and there’s no larger megaphone than the Super Bowl.”

Interesting. The network who gives us such television shows as Lucifer apparently didn’t play nice with this one. They slow-played the pro-life group for months while sources say that, in truth, there was space available. At least Fox can hang their hat on making sure a “historical” and “barrier-breaking” ad of two drag-queens will be aired. Fox can thank NBC, ironically enough, for that plug.

“For queer audiences, it is an art form and an ‘outsiders’ language,” said Bob Witeck, a longtime marketing strategist who specializes in reaching LGBTQ audiences. “Reaching the Super Bowl means taking our language into every home in the nation and millions around the world.”

He added that it was “revolutionary.”

At least we have that. I am so wholly inspired.

Inspired to watch the football game for maybe a half while turning to another channel entirely for the commercials. I invite you to do the same. Maybe these people will appreciate our right to choice as well.