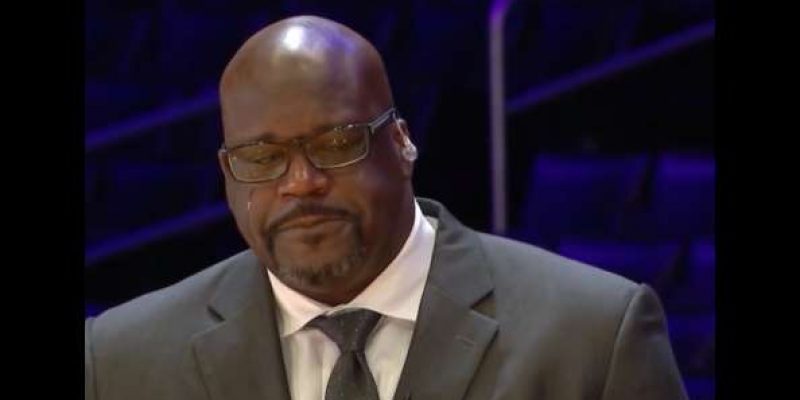 Even larger-than-life Shaquille O’Neal has pledged to change his life because of all of this.

On a Sunday, a day when so many people, especially our audience at The Hayride, go to some form of church to worship God, it is good perhaps to link the stories we write about during the week to that God.

If nothing else, it can show that he can be a very real part of the lives we sometimes talk about with discomfort or even avoid all together.

My most viewed article in my time writing here, in fact, has been “Praying for You,” in which we as a Hayride nation prayed for LSU head coach Steve Ensminger and his family after the tragic death of his daughter-in-law.

Second and third on the list was two Joe Burrow articles I wrote after his Heisman Trophy win, in which I highlighted values and goodness, things easier to think about perhaps on a Sunday.

So I know that people care about the good in people. They care about God and want to see him in our news.

This week has seen a nation mourn the death of nine people in a helicopter crash last Sunday. Of course, the focal point of the media, which I am a part of, was NBA legend Kobe Bryant and his daughter Gigi. Before I get into my points in this article, I’d like to show this video in which Kobe firmly and boldly states exactly how he feels about God on national television. He received an inspiring applause for it.

Some people are begrudging the attention cast on Kobe, the “famous” person. Among other reasons, some pointed to the fact that the other people who died were no less important than Kobe, and of course his daughter Gigi. Some people made it their cause to virtue signal on social media in a way that seemed to imply that those focusing on Kobe were somehow wrong in their misplaced attention.

One commenter on a fellow writer’s post used the word “slobbering.”

Here’s the thing: no one is wrong in this case. Any tragedy brings about suffering and a sense of loss. Anyone knows that. But when a person in the public eye dies so suddenly, human nature is automatically drawn to that. It is actually a reminder that no one, not even the rich and famous, is immune to the reality that we all will return to dust one day. It is actually the great leveler, the thing that reminds us all to be happy with our respective lots in life and not to think that the rich and famous necessarily have it any better than we do.

There’s no right or wrong in any of that. It’s the world we live in.

Another point some can forget is that there were other tragedies last Sunday. There are tragedies every day. I wonder if those who want to judge people focusing more on Kobe than the others are celebrating those lost lives–lives that never make it into the news because there is simply no famous figure attached to it.

In other words, had it not been for Kobe and his daughter, how long would the news have covered the other seven people who died in that helicopter crash?

It is clear to see that Kobe’s death and the attention put on it actually brought more attention and honor to the others than otherwise would have occurred.

It’s all about how you look at it.

Not many people knew about Kobe Bryant’s faith journey until after his death, unfortunately. Even now, there are surely many people out there who don’t know it. What is coming out now about his faith life, however, is miraculous and beautiful. It shows that a tough-guy athlete is oftentimes more than that facade. It shows that what the media portrays in his or her greatness is often just a tip of the iceberg as to what that person truly is.

Unfortunately it sometimes takes this unveiling of the truth about a person after death to make any impact on the world. And as each day goes by, it appears more and more that Kobe’s life, spirit, and impact will not die with the crash. It appears as though this world will be a better place because of him and his death, not in spite of him when he lived.

Fellow NBA legend and former teammate, Shaquille O’Neal, a former LSU Tiger, said as much in a tearful address this past week.

“I haven’t felt a pain that sharp in a while.. it definitely changes me.”’@SHAQ on the loss of his brother, Kobe. pic.twitter.com/dM5i0DDgGK

Of course we mourn the deaths of the seven others who died in the crash last Sunday, just as we should mourn the deaths of anyone who dies every day. But we don’t, simply because we have no “known” thing to attach it to. The world is too big to know everything that happens, and even if we did, our brains are not equipped to handle the enormous amount of pain that infiltrates the world every single day.

Kobe was that known thing. In a bittersweet way, his presence on that helicopter will allow everyone else’s name from that crash to live on in infamy. Not that that is the goal, but still, they will be remembered unlike most when we die.

Today, on this Sabbath day, let us all remember how good the God many of us worship is. Let us remember that everyone has a story, and that no matter how bad it may seem to the outside world, most folks, deep down, have a lot of good to them. Maybe sometimes, or unfortunately sometimes, it takes sudden, visible symbols such as tragedy to remind us of that. It’s a human nature thing, not a right or wrong thing. Surely we have enough dividing us without finding fractures in this too.