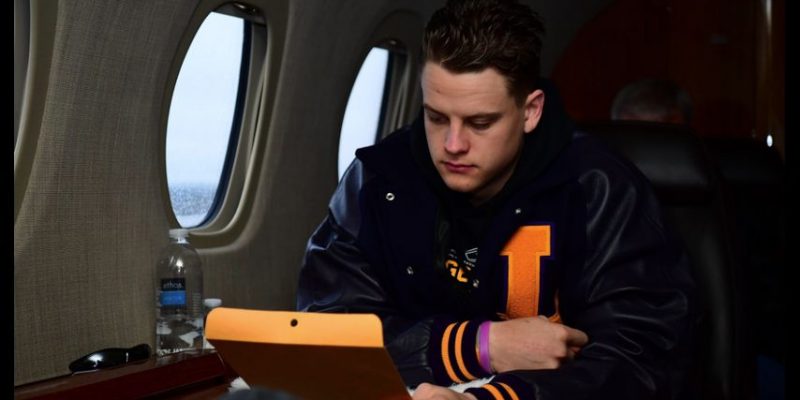 A few days ago, Joe Burrow was leaving Atlanta, where he picked up two more prestigious awards, and was on a plane for New York, where he was the favorite to win the most coveted award of them all.

While on the plane, he was presented with a letter from the Cannon family, the family of the late Billy Cannon, who won LSU’s only Heisman Trophy back in 1959.

May 18, 2018. The exact same day Burrow decided on LSU over Cincinnati as his school of choice. Nineteen months later, they are linked again as the only two Heisman winners in LSU history.

It is only right that the contents of that letter stay private. But if I may, I’d like to write my own letter to Joe Burrow. I’d like to think back on my own experience as a bench-warming college basketball player, not even close to the stature of popularity Burrow has gained, and talk to him as the teacher that I am. At 22, Joe Burrow would have been sitting in an English class of mine a mere five or six years ago. And if he were one of my students, this is what I would say.

As a teacher who once lost control of his tears himself in a moment of bubbling emotion in the classroom, I fully and authentically recognize the emotions that were assaulting your heart as you tried to compose yourself through the toughest speech of your life. I understand what it means to feel a universe of thoughts and feelings, to desire to say a universe of words, but be unable to fully express what it is moving through you at that moment in time where your entire life seems to zero in on one crucial moment that everyone watching will remember.

I understand what it means to be fully vulnerable, and wonder if people will think you are weak for it. It’s a nakedness no removal of physical clothes can even come close to.

So first off, thank you Joe, for simply being you. Thank you for being the person and developing the character you have all your life to put yourself in a position to spill such a powerful, inspiring gamut of emotions onto one of the biggest stages any sports star could ever be on.

But there is something else, Joe. There’s something else I understand because of my traipse through the world of athletics where I achieved some measure of popularity, albeit nowhere near what you have reached.

Yes, change, Joe. Mature, grow, flourish. But change in a way that a young 22-year-old young man should mature toward ripe middle-age and then old-age wisdom and grace. Change in a way that is natural in the course of life’s inevitable, thankless journey. Change in a way that will allow all who witnessed last night’s speech to say–when you are retired from the NFL and then living out your last days in this life after having made millions and millions of dollars–that yep, that’s Joe. That’s the same Joe he’s always been. He’s just a good man. A fantastic human being. An individual you’d both want to sip on a beer with and go to war with at the same time.

Don’t become entitled. Don’t let the fame go to your head. Don’t start thinking that you are any better than the next guy, because always remember, that “next guy” is you right now. That next guy is the young boy who grew up in Athens and cried on college football’s biggest stage.

Remember that, yes, super-stardom is already yours, but will explode with this latest award, with this trip to the College Football Playoffs, with your inevitable first round draft selection, with the millions of dollars and people that will flock to you.

You will be tempted beyond explanation to turn your back on everything your parents have raised you to be. You will be tempted to sacrifice your values of small towns Athens and Baton Rouge for the less salutary values this country too often espouses.

I say “too often” because this nation can hold the same values as small town USA. The social media reaction to your emotional speech last night shows that America does have a heart for the genuine, it does have space for the good, it does have the potential to lionize virtue and character instead of vice and sin.

My hope and prayer for you, my friend and brother, is that you always choose virtue over vice, integrity over inequity. My hope is that the same young man you are right now grows up to be a strong and exemplary oak for all athletes to look up to, to climb, to be. You have the opportunity, right here in front of you, not just to be a national champion and No. 1 draft pick. No, if it were only that, I wouldn’t be writing this letter. I’d just cheer from the sidelines and send you a text when it was all over.

No, what you have is an opportunity, like every single human being living on this planet, to wake up every day and actively choose the right thing. You have the opportunity to choose the good. And if you can do that, as best as you can as the imperfect being you are, you have the opportunity to shape lives, shape this world. You can be the hands and feet, indeed the star light, that God needs his sons and daughters to be in an all-too-often dark world. 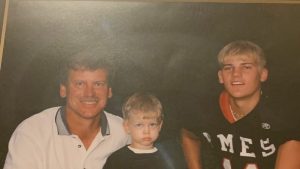