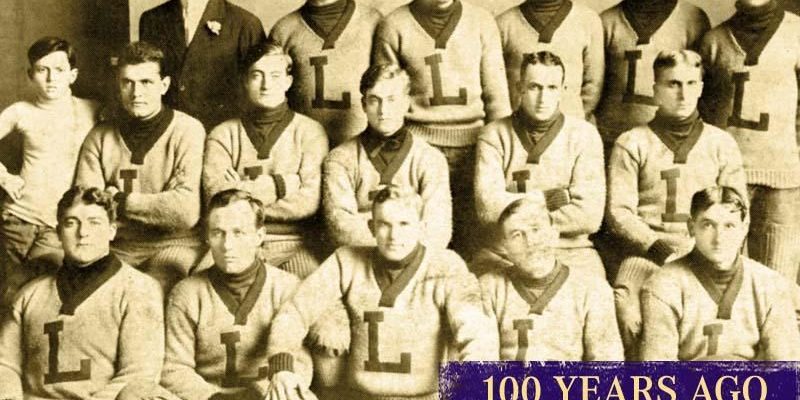 The case is strong against #Claim08LSU. I will run it later this weekend.

But for now let’s look at the case for LSU football claiming a fifth national title–the 1908 season to be exact.

LSU claims the 1958, 2003, 2007, and 2019 national titles. But there is opinion out there that since the NCAA retroactively awarded LSU the co-championship along with Penn, that the school should honor it as well.

Just for fun, here are some other things that occurred in 1908:

But back to LSU.

A popular LSU forum, Tigerdroppings.com, is torn on the issue. But those who are pushing for the affirmative are either jokingly or seriously promoting the #Claim08LSU on Twitter. Or maybe just the poster named “NorthshoreTiger76” is promoting it.

Another poster, “pensacola,” asserted that LSU officials should make the campus speed limit 08.

To which “TSsngumbo” replied, “Coach O runs faster than that with his shirt off.”

The simple fact is that the NCAA does recognize the Tigers as champion because the National Championship Foundation retroactively awarded its championship to LSU. If nothing else, it is interesting to note that SEC West rival Alabama claims 17 titles in their history, three of which are not recognized by the NCAA.

But seriously, in truth, many programs claim pre-AP poll championships before that poll was introduced in 1936.

So maybe LSU should as well.

The season was spectacular, the first of its kind to that point in LSU’s short history.

With LSU at 4-0, over 800 fans boarded a train with the team to travel to powerful Auburn for a Halloween showdown. Back home in Baton Rouge, there was a hint of the passion that is characteristic of LSU football fans today.  A large crowd of Tiger faithful crowded into a telegraph office for updates on the game.

No cell phones back then. Or phones period.

And it has been so ever since.

New defensive coordinator Bo Pelini should be taking notes on such dominance.

It was total dominance, kind of like that familiar 2019 team we just saw. Plus the NCAA has already acknowledged a Tiger championship.

Why not make it happen LSU?