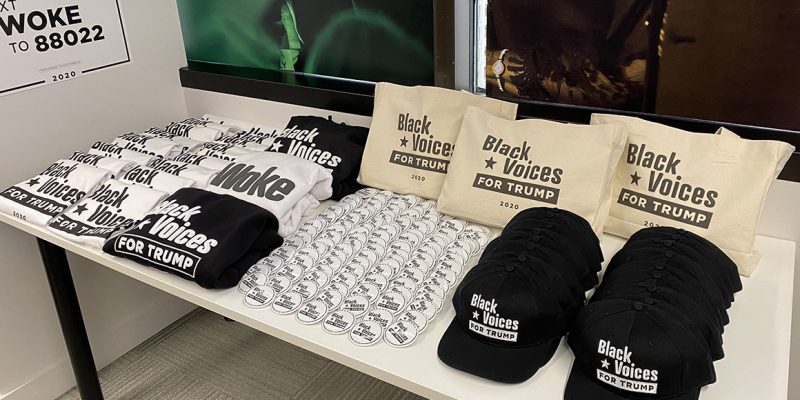 The Trump Campaign is courting black voters ahead of the 2020 Presidential election, announcing the deployment of fifteen “Black Voices for Trump” field offices across the US.

The offices are being set up in major cities and key swing states with large African-American populations, the goal being to deliver the campaign’s message directly to voters and bypass the biased media.

The initiative has an uphill battle to fight after the mainstream media has peddled talking points for years in an effort to brand President Trump as a “racist”.

The “show up” strategy is one that some Republicans have been calling upon for years, a sentiment echoed by President Trump’s son-in-law and top adviser Jared Kushner when he said, “You’re never going to get the votes you don’t ask for.”

The advantage that President Trump has is undeniable economic statistics which show his policies are benefiting the black community, and all Americans. There are few stats the President has repeated more than, “lowest ever African-American unemployment.”

It is a point that even liberal Professor Cornel West had to admit when asked in a Fox News segment if the President’s policies are benefitting the black community. Another liberal media figure and former Obama staffer, Van Jones, warned CNN viewers that Trump is going after black voters and that it just might work.

“We see the numbers coming up in the polls and the demand on the ground when we do these types of events, so it’s really important that we take this next step and really bring those voters into the party,” said Campaign Adviser Katrina Pierson

The initiative puts cash-strapped Democrats in an awkward position as they struggle to compete with a Republican war chest that dwarfs their own by at least eight times.

Interested in more national news? We've got you covered! See More National News
Previous Article We Love Kennedy, But We Don’t Love His 5G Stuff
Next Article CARVER: Small Business Not Taking A HIT Anymore Thanks To Scalise