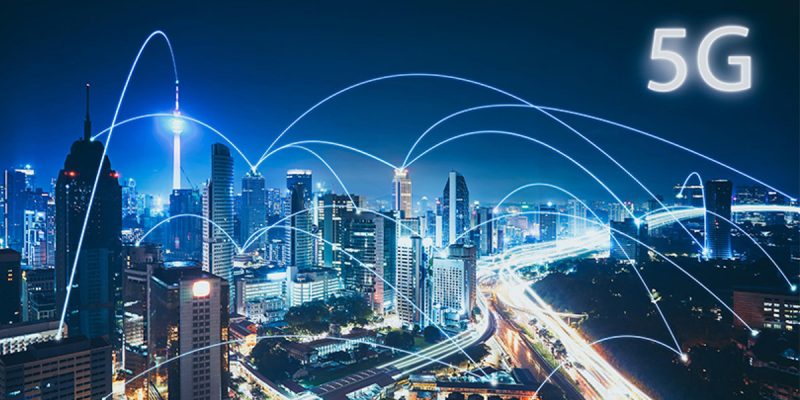 The vast majority of the time we’re fans of John Kennedy, Louisiana’s junior senator who has made a name for himself as the most quotable member of the world’s most famous deliberative body. But where it comes to his work on the future of the 5G spectrum, we’re just not feeling it.

If you’ve followed any of this 5G stuff, you know that 5G is the next generation of wireless communications – 5G actually stands for “fifth generation.” It has the ability to create the environment for wireless apps which can’t even exist now. Things like Snapchat and Uber were 4G innovations. What does 5G mean? PC Magazine suggested a few super-futuristic 5G applications which could literally be right around the corner once a full 5G rollout is made…

On a trip to Oulu, Finland, where there’s a 5G development center, we attended a 5G hackathon. The top ideas included a game streaming service; a way to do stroke rehab through VR; smart bandages that track your healing; and a way for parents to interact with babies who are stuck in incubators. All of these ideas need either the high bandwidth, low latency, or low-power-low-cost aspects of 5G.

Our columnist Michael Miller thinks that 5G will be most important for industrial uses, like automating seaports and industrial robots.

Driverless cars may need 5G to really kick into action, our editor Oliver Rist explains. The first generation of driverless cars will be self-contained, but future generations will interact with other cars and smart roads to improve safety and manage traffic. Basically, everything on the road will be talking to everything else.

The goal here is twofold: make America first in the race to 5G, so that this country maintains its status as the world’s leader in digital technology, and keep 5G from being overtaken as an intelligence asset by hostile countries. Most notably China, which is pouring billions into Huawei as the 5G hegemon and using it as leverage to do in technology around the world what Russia has done in energy to Central Europe.

Earlier this month, America took an important first step in winning the race to 5G. An economic study done by Qualcomm last year found that winning that race means creating 22 million jobs, generating over $12 trillion in global economic output, and being the world’s leader in technology and innovation. Federal Communications Commission (FCC) Chairman Ajit Pai has been pushing very hard to get America in position to win and put out a plan for quickly opening up the C-band spectrum – the digital spectrum necessary to deploy 5G across the country.

This is a little technical.

To deploy 5G, we first need the wireless communications infrastructure to make it possible. To begin building that infrastructure, the satellite companies currently occupying the C-band need to transfer their rights to the communications companies that will be delivering 5G services. Pai decided that this would be done through a public auction, which Kennedy agreed with. But, for the past year, while China has been taking action, we have been in a debate over where the proceeds from this auction should go.

And Kennedy isn’t on the same side of that.

Since 2015, China has outspent the U.S. by about $24 billion in 5G infrastructure and built approximately 12 times more 5G base stations. China has also been pouring billions into subsidies to Huawei to corner the 5G market and undercut their competitors. The U.S. was falling behind and desperately needed to act.

Until Pai’s proposal, intense debate over the auction’s proceeds had stalled all progress in achieving 5G. One side, which includes a large majority of the Republicans in the Senate, argued that the incumbent satellite companies should be compensated for their efforts to quickly transition off of the spectrum. The other side, including Kennedy and Democrats like Brian Schatz and Chuck Schumer, are arguing that the vast majority of proceeds should go to the Treasury. Kennedy’s styling it as the American taxpayers owning the C-band, but it’s been a while since the federal government and the taxpayers have felt like the same thing.

A rundown of the compromise Pai proposed can be found here. It’s a little technical, but it goes through what needs to be done to clear enough C-band spectrum to make 5G available around the country and talks a bit about the money involved.

A compromise is what’s needed here. No compromise, and what you get is litigation, and delay, which means China wins the race to 5G.

Along comes Kennedy, with Schumer and Schatz and Maria Cantwell in tow, to push back against Pai’s plan. Kennedy even threatened to wait until the day of the auction to drop his legislation, which is called the SMART Act (Spectrum Management and Reallocation for Taxpayers), and he’s railing against “foreign satellite companies” which he’s saying are getting a bailout under Pai’s proposal. Why Kennedy is playing with liberal Democrats like Schatz, Cantwell and Schumer to resist Pai’s plan to put America on better footing in the 5G race against China and usher in a new era of economic growth is a bit perplexing.

Pai’s auction is projected to generate upwards of $60 billion in proceeds. Those satellite companies have invested $50 billion in the C-band over the last 40 years. Their position is that they’ve built up the C-band and created that value, and they’re going to demand compensation for forking it over to the wireless carriers. Pai’s plan would give satellite operators up to $14.7 billion to cover the cost of losing the spectrum and provide incentive to transition off of it as quickly as possible, and he’s talking about $9.7 billion in that number as “accelerated relocation payments” which would incentivize that transition. Pai’s remarks included this…

For Pai, the speed of that transition is what matters a lot more than the money. Remember, we’re in a race against China. And without the cooperation and clearing efforts of the satellite companies, it’s going to be years, if not a decade or more, while the 5G spectrum sits there unused and the clock keeps ticking. That’s how you lose to China. The argument is over $9.7 billion when the ball game is $12 trillion.

What Kennedy’s doing hanging around with Cantwell, Schatz and Schumer on this issue is putting the federal government in position to bog down the entire 5G process in lawsuits while the same people who cooked up the coronavirus in a bioweapons lab and accidentally set it loose end up ruling the internet. The lawyers think this is a great idea; they’ll be the ones with all the money before it’s over.

And by the way, these “foreign” satellite companies? The largest one of them, Intelsat, is a Delaware company traded on the New York Stock Exchange whose headquarters is in Tyson’s Corner, Virginia. Yes, at one point, after it was founded by President John F. Kennedy as an intergovernmental agency, it was set up in Luxembourg as a private company. It would be a lot more accurate to call Intelsat a multinational than a “foreign” company. And the whole point here is to keep a particular foreign company, namely Huawei, from cornering the market.

The polls here aren’t great for Kennedy’s position, particularly in Louisiana. A recent poll by 5G Action Now, headed up by former Republican Congressman and Intelligence Committee Chairman Mike Rogers, found that 78% of Louisianans said it was important for the United States to beat China in the race to 5G and 82% said it will have a positive impact on the economy. What’s more, 56% of Louisiana voters said they would be less likely to vote for their Senator or Member of Congress if they learned he/she was trying to slow down the Trump Administration’s 5G plan.

This happens to be a state where 5G connectivity is a pretty important deal. Most people know that this is one of the least-connected places to the internet in the whole country, but the facts are worse than you thought. About 606,000 Louisianans are considered underserved in terms of internet access. We are in the bottom third of states in terms of internet connectivity. As The Advocate recently pointed out, only 1.1% of residents in Catahoula Parish have enough internet speed to watch Netflix. This lack of connectivity is a problem in education, it’s a problem doing business, it’s a problem for rural internet connection…it’s a problem. We’re going to need 5G connectivity to solve it, and the sooner the better.

Look, we’re fans of Kennedy’s here at The Hayride. And like we said, most of the time we think he’s on the right track. It just so happens he isn’t on this. He’d be doing us all – and himself – a favor by stepping back and taking a fresh look at what he’s doing, because Pai simply has the better argument on the 5G issue.

And the Chinese, those of them not coughing and sneezing into their plastic masks, are watching.