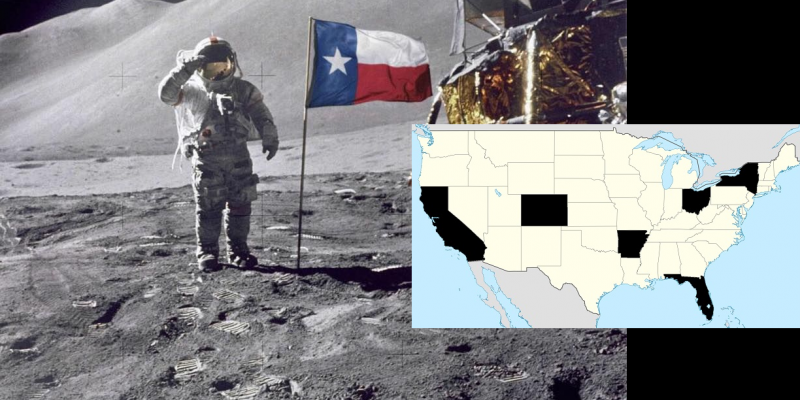 The Space Force organizational plan was delivered to Congress this week, putting the newest branch of the U.S. Armed Forces one small step closer to implementation following the giant leap of authorization of related federal defense funding in December.

According Space News, Air Force member transfers are anticipated to begin this fiscal year, while Army and Navy transfers begin in fiscal year 2022 — all pending Congressional approval, of course.

The Space Force will rely on on the National Guardsmen and Reservists for skilled personnel — trained in the usual officer training schools and academies — but will consider other approaches of attracting talent.

This begs the question: Will Texas soon have its own Space Guard, a la the Texas State Guard?

Probably not at first. For starters, the Texas Military Department (formerly the Texas Military Forces) operates the Texas State Guard under the auspices of the Texas Constitution’s provision for a state-level militia. The mostly volunteer Texas State Guard trains and works alongside the Texas National Guard. The State Guard is often called on to provide manpower when responding to natural disasters and providing crowd control at large events. State Guardsmen are distinguished by a Texas flag shoulder patch in lieu of a U.S. Flag patch. Ranks are similar.

In short, if there were to be a dedicated “Texas Space Force” (without the word “National Guard” in the name) it would have to be created via a legislative bill, a vote on a state constitutional amendment, or a Governor’s executive order.

Secondly, according to Lt. Col. Michael Parkhill, a member of the Texas wing of the Air Force Auxiliary and NASA Jet Propulsion Laboratory ambassador, Colorado and Arkansas would be the most likely to have dedicated Space National Guard units due to their connection to specialized aerospace training.

“When Space National Guard units would be used under the jurisdiction of the state governor they would be fulfilling their state militia role,” Parkhill explained. “However, if federalized, Space National Guard units would become an active part of the United States Space Force. Right now the [National] Guard plays a role, but this should be expanded upon.”

In September 2018, Major Gen. Donald P. Dunbar, the Adjutant General of Wisconsin, wrote an editorial for the Air Force Times in which he wrote that “it seems logical that the nation would see the Guard as an asset in a new Space Force.” A year later, Brigadier Gen. Patrick Cobb confirmed the DoD’s intention to create a Space National Guard once a Space Force is legally established. Theoretically, the Space National Guard would absorb both Air National Guard and Army National Guard units performing space missions.

From the hip: Calm down, space cowboys. Two Southern states would be early candidates for a Space National Guard once the U.S. Space Force is launched, but Texas is not on that list.