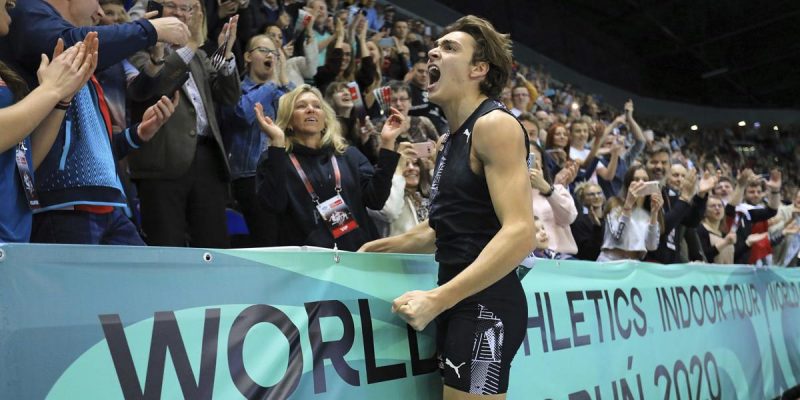 He brought college basketball’s one-and-done approach to the track and field arena, and it sure seems it was the right decision.

Pole-vaulter Armand “Mondo” Duplantis won an indoor national championship, broke the NCAA indoor and outdoor records, and finished runner-up in the outdoor championships as a freshman at LSU in 2019.

He announced his decision in June to leave LSU and continue his decorated career as a professional.

And mere months later, he is the world record holder in one of the most honored events in the history of track and field. 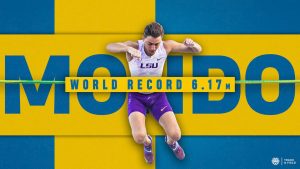 In Torun, Poland on Saturday, the 20-year-old cleared 6.17 meters at Orlen Copernicus Cup as part of the World Athletics Indoor Tour. The prior mark was set in 2014 by Renaud Lavillenie at 6.16 meters.

“I’ve wanted to break the world record since I was three years old,” Duplantis said after the meet. “It hasn’t really sunk in yet. I’m on cloud nine right now. There’s no secret to what I do; I just put in a lot of hard work. I can’t thank my parents enough for helping me to get to where I’m at now. All the support I had from everybody is the reason why I did this.”

The talented Swede cleared bars of 5.52 meters, 5.72 meters, 5.92 meters, and 6.01 meters before moving up to the world-record height. It was his second attempt at the height of 6.17 meters that made him the highest vaulter in the sport’s long history.

Because he is so young, it is likely that Duplantis will dominate the pole vaulting scene for years to come. He will make the state of Louisiana and its flagship university proud.

Later this year, the Olympics will take place in Tokyo.

Too bad he won’t be wearing the red, white, and blue.

Interested in more news from Louisiana? We've got you covered! See More Louisiana News
Previous Article COUNTERPOINT: Should LSU Administration Claim 1908 National Championship?
Next Article Rep. Scalise: ‘People Ought to Go to Jail; I Have Seen Some Classified Information’ [video]