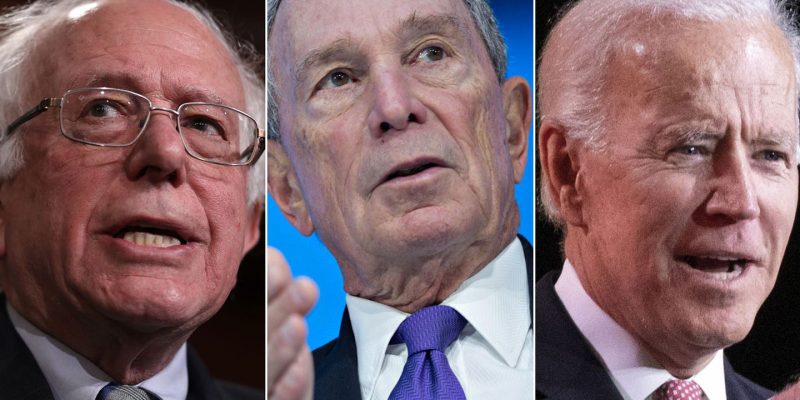 UPDATE: Mike Bloomberg dropped out of the race this morning, endorsing Joe Biden.

The once-chaotic Democrat primary has clearly become a two-man race between Joe Biden and Bernie Sanders after the “Super Tuesday” election results from fourteen states.

Meanwhile, President Trump cruised to victory with overwhelming victories in all fourteen of the Republican primary contests.

As we predicted, the exit of three candidates over the weekend greatly helped Joe Biden who just a week ago was considered by some as dead-in-the-water.

Thanks in part to two of their endorsements, and his first-ever win in South Carolina, Biden climbed his way back from obscurity by winning nine of the fourteen states on Super Tuesday including a narrow win in the prized state of Texas.

Bernie Sanders won the delegate-rich state of California while also placing first in Colorado, Utah, and his home state of Vermont.

The end result is Joe Biden taking the lead over Bernie Sanders with a total of 467 delegates to 392.

Mike Bloomberg was the “biggest loser” of the night, the billionaire threw over $700 million of his own money into the race only to place second, third, or fourth in all fourteen states.

“The biggest loser tonight, by far, is Mini Mike Bloomberg. His “political” consultants took him for a ride. $700 million washed down the drain, and he got nothing for it but the nickname Mini Mike, and the complete destruction of his reputation. Way to go Mike!”

In comparison, Donald Trump reportedly spent no more than $70 million of his own money during his 2016 presidential campaign.

The President had a similar take on Elizabeth Warren failing to win her home state of Massachusetts writing,

“Elizabeth “Pocahontas” Warren, other than Mini Mike, was the loser of the night. She didn’t even come close to winning her home state of Massachusetts. Well, now she can just sit back with her husband and have a nice cold beer!”

So after months of speculation, Americans now have the advanced knowledge that the alternative to President Trump will most certainly be one of two men – Joe Biden or Bernie Sanders.