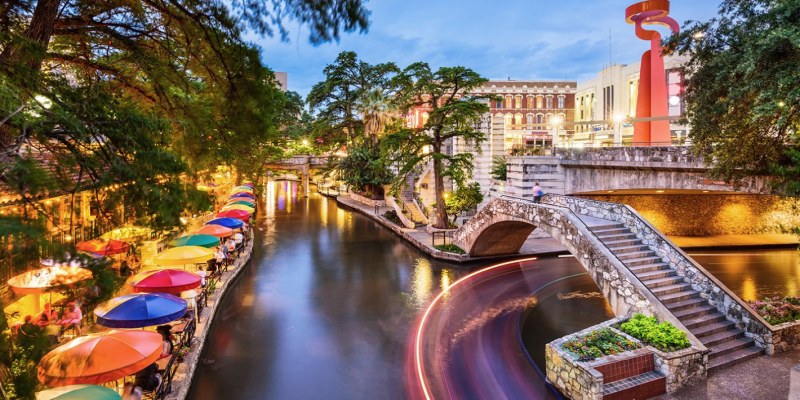 Texas does not have a statewide shelter in place order, but such restrictions in the state’s larger cities are hurting businesses, they report.

Lack of tourism in San Antonio is hitting restaurants, hotels and private ride-share contractors, with conventions and major events being canceled in it. Some hotels are also temporarily closing.

Officials in San Antonio and Bexar County implemented a stay at home order Monday requiring most residents to stay home with some exceptions, closing non-essential businesses, and limiting gatherings. Individuals can leave homes to exercise, get gas or groceries, pick up food at restaurants or go to doctors or vets.

Owners and employees can work from home and essential businesses can stay open in the health, safety, education, transportation, food, construction, and internet-related industries.

In Houston, the city’s stay-at-home order also allows essential businesses, including grocery stores, pharmacies and 16 industries deemed “essential” to remain open. Residents are allowed to leave their homes to go get groceries, and exercise outside with the exception of playgrounds and basketball courts, which remain closed.

Mayor Sylvester Turner stressed that residents who visit a park or the grocery store maintain the social distancing requirement of six feet between any person.

“That does not mean that you can flood the parks and crowd the parks and not engage in social distancing,” Turner said. “If you go to the parks you need to be responsible. If you do not do that, then again we are working against each other’s interest.”

Houston Greater Partnership says it’s too soon to tell how great of an impact the virus will have on the local economy, but that an economic downturn was already occurring before the virus hit.

Based on recently published information from the Purchasing Manager’s Index (PMI) and the sales report from the Houston Association of Realtors, the partnership says “an economic downturn may have already begun. Several respondents indicated in the comments section of the survey that the COVID-19 virus is negatively affecting their business.”

The Houston PMI fell from 52.4 in January to 50.2 in February, according to the Institute for Supply Management. Numbers above 50 indicate that the local economy is expanding; numbers below 50 indicate it’s contracting.

“February’s reading suggests Houston was on the cusp of a downturn before the outbreak began,” the partnership says.

An analysis by Bauer College of Business at the University of Houston suggests that a “more serious U.S. recession translates into a Houston downturn that is half as deep as the rest of the country in percentage terms, but still results in recession and the net loss of 29,000 jobs by early 2021. Adding the current oil war later will worsen the outcomes.”