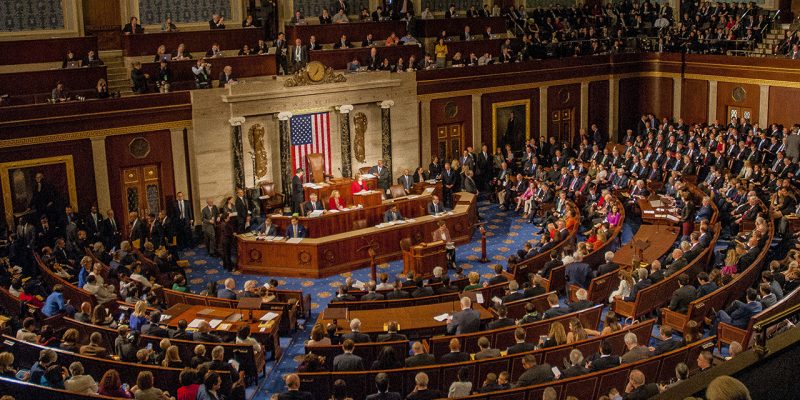 Republicans and Democrats in Congress appear to have reached an agreement on a massive economic aid package known as the “CARES Act” with the U.S. Senate passing the legislation by a unanimous vote of 96-0.

With an eye-popping price tag of $2 trillion dollars, the “Coronavirus Aid, Relief, and Economic Security Act” will become the largest economic aid package in American history.

With the bill expected to pass the U.S. House this morning and be quickly signed by the President, it is all but guaranteed that Americans will receive a sizable check to help make ends meet during the mandated lockdown due to the COVID-19 outbreak.

While the amount varies by family size, every American citizen who made under $100,000 in 2018 is expected to receive a check. For the average American family of four, the amount will be around $3,400.

The legislation includes funding for small business loans in the amount of $350 billion including a large portion to go toward 100% forgivable loans to cover basic business overhead like rent and payroll.

Lastly, the new law will provide more funding for the U.S. unemployment benefits program which saw a record-breaking 3.3 million unemployment claims since the COVID-19 lockdown began.

Until Thursday evening, the plan was to pass the bill by a voice-vote as it was expected to pass overwhelmingly as it did in the Senate. However, House members were rushed back to Washington Friday after one Republican Congressman pushed for a recorded vote.

President Trump blasted Congressman Thomas Massie (R-KY) in front of his 75 million Twitter followers, even calling for his exile from the Republican party:

“Looks like a third rate Grandstander named @RepThomasMassie, a Congressman from, unfortunately, a truly GREAT State, Kentucky, wants to vote against the new Save Our Workers Bill in Congress. He just wants the publicity. He can’t stop it, only delay, which is both dangerous……

…& costly. Workers & small businesses need money now in order to survive. Virus wasn’t their fault. It is “HELL” dealing with the Dems, had to give up some stupid things in order to get the “big picture” done. 90% GREAT! WIN BACK HOUSE, but throw Massie out of Republican Party!”

It was a sad sight to see because Congressman Massie has consistently been one of the most conservative, pro-Trump members of Congress. As Rep. Massie approaches re-election, the Republican primary election will no longer be a walk in the park.