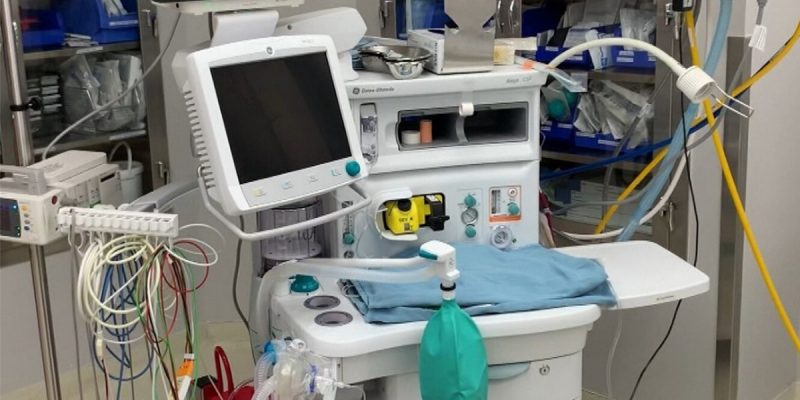 A ventilator crisis may loom for Louisiana, but it is manageable with a bit of forethought.

This device aids, if not entirely performs, breathing for individuals. A few people (like my wife, for over 17 years) live with them permanently, but now demand for these has surged with the Wuhan coronavirus invasion. In fact, according to Democrat Gov. John Bel Edwards, within two weeks the state health region (One) serving Orleans Parish will exhaust its supply of this equipment.

Keep in mind that Region One is not just the epicenter of the virus infection for Louisiana, but vying for that sad designation in the entire country. Orleans, Jefferson, Plaquemines, and St. Bernard Parishes had 65 percent of the state’s cases as of today, and the region’s incidence rate of under one in every 600 residents nationally trails only the New York City area. The Orleans rate of 1:393 is slightly higher than New York City’s, but New York’s Nassau County’s is a bit higher and Westchester’s unbelievably is more than twice as high.

Edwards warns crunches also could come in the Baton Rouge and Shreveport areas. That seems less likely as the incidence rates in these places, while still rising, are just 1:4,200 and 1:2,518, but you never know. As well, consider that, on a per capita basis, already Louisiana has more ventilators than most states. And, consider that only the most severely affected patients require such intervention; at present, only about 30 percent of state virus victims have needed hospitalization, and only a third of them have required ventilation.

Fortunately, Louisiana with another dozen states recently asked for and quickly were granted Medicaid waivers from the federal government that, among other things, allows for almost immediately enrollment of new providers even from out-of-state, which will facilitate getting in equipment like ventilators. And the federal government has a stockpile of over 16,000 on which to draw, although obviously other states also will lean on that source.

Additionally, creative solutions abound. For example, years ago doctors figured out how to place two or even four patients on a single vent, although this practice has its limits. Patients who can utilize Synchronized Intermittent Mandatory Ventilation couldn’t team up because each independently initiates breaths, and even for those on assist control mode that pumps regulated breaths (a likelier scenario if they are very ill) teammates would have to have very similar settings, such as for tidal volume and rate of inhalation (which generally depend upon weight). And, if unconscious, unless tended to through regular airway suctioning or insufflation, these patients literally would drown in their own pulmonary edema.

This points to additional issues the state and providers must address. Even if you have enough ventilators for single patients, set on assist control where many are unconscious, you have to have the ancillary equipment and personnel available to clear lungs. This means at the very least suction machines, whether portable, if not cough-assist devices. That becomes a critical consideration if setting up patients in a satellite location outside of a hospital, as Edwards has suggested, and not even all hospital rooms have built-in suction capacity.

And the patients need constant supervision; they just don’t lay there getting breaths pumped into them and get better. A cough assist or suctioning requires a few minutes each, and additionally really bad cases will need breathing treatments of bronchodilators and/or mucolytics. Thus, any increase in ventilator use will need more personnel available to monitor the situation.

None of this reaches beyond Louisiana’s capacity, if properly planned for. So far, the Edwards Administration has shown itself capable of collating assistance and coordinating with private providers to avoid a worst-case scenario of shortages that already have other states contemplating breaking the law with unethical decision-making.