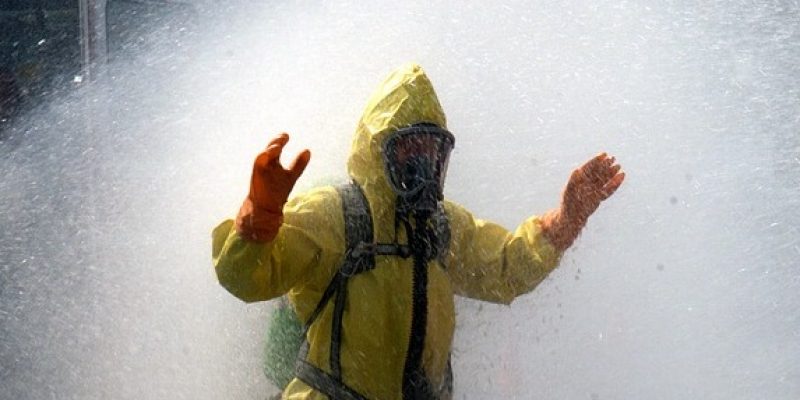 The state of Texas has taken its first steps toward clearing legal hurdles for mandatory individual quarantines as coronavirus continues to spread.

Among those primary steps: appointing judges for emergency hearings should infected patients refuse to self-quarantine. The Hayride has learned there’s a legal process to force quarantine-refusers into mandatory isolation, but it involves the legal system and a hearing process.

Coronavirus COVID-19, though expected to dissipate as warmer weather approaches, nearly doubled in number of U.S. reported cases over the weekend. Around 230 cases were added, bringing the total of estimated infections to more than 500, according to the New York Times.

China has taken extreme steps to isolate infected persons from the general public and Italy has roped off the northern portion of the country from travel in and out. In Texas, the city of Austin canceled the annual SXSW music, education, and technology festival, and Gov. Greg Abbott took steps to assure that enough testing kits are on hand for a possible outbreak.

Meanwhile, according to an article appearing in Law.com on Friday, top judges from each of Texas’s judicial regions began appointing two on-call district judges in their respective region who are available to hold hearings on short notice.

David Slayton, administrative director of the Texas Office of Court Administration, said via Law.com that a primer has been sent to judges regarding quarantine laws.

While Slayton did not anticipate a groundswell of these hearings, Texas Supreme Court Chief Justice Nathan Hecht said via the article that even hypothetical scenarios are worth reviewing. “This can come up in the middle of the night, on weekends, times when courts aren’t usually open, and judges may not be available, so this is a system to make sure we can cover those hearings no matter what,” Hecht said, via Law.com.

Slayton explained the process when a person refuses a local order to self-quarantine:

1) A county attorney, district attorney or the Texas Office of the Attorney General would seek what is known as an ex parte decision ordering the quarantine.

2) The next day, the court would be required to hold a hearing as required by the Constitution’s protection of Due Process rights.

3) The on-call judge may then issue an the ex parte order mandating an individual quarantine.

Slayton told Law.com another order will allow for the on-call judges to exercise the authority of the state even outside of standard courtroom hours. Hecht noted that for step 1, a telephone call could be utilized, though the hearing would involve a lawyer and full Due Process for the person under a possible quarantine.

There are currently no cases of judicially mandated individual quarantines in Texas.

The Austin American-Statesman has pointed out that failure to abide by a quarantine is a third-degree felony punishable by two to 10 years in prison and a $10,000 fine — a law that was enacted following the 9/11 terrorist attacks and a rush to pass security and emergency-related legislation. And refusing to allow local health officials or police officers to enter or inspect a property for possible infection is a Class A misdemeanor with up to one year in jail and a $4,000 fine as a penalty.
Knowingly concealing exposure to a communicable disease during an investigation by state or local health officials can be punished by up to 180 days in jail or $2,000, the Statesman pointed out.

In Texas, the Commissioner of the Department of State Health Services (DSHS) has the authority to order a quarantine as well as do judges. Local health authorities may also create temporary quarantine zones but only within their jurisdictions and in consultation with DSHS.

From the hip: Extreme times may call for extreme measures. But that hasn’t stopped civil liberties watchdogs such as the ACLU, which have expressed concern over mandatory quarantines from those returning from China — groups that will no doubt pounce on any state-level quarantines enacted.

If Hecht is correct and this is more of a preparation exercise involving hypotheticals, then hypothetical discussions regarding the extent of individual freedom versus government force may also be entered into.

This brings to mind a semi-recent practice of “no refusal” periods in American cities, where mobile judges will await off-hours to sign orders requiring the drawing of blood to test suspects prior to DWI arrests. The legality of that very real scenario is also under discussion among legal scholars and civil rights activists, but it proves that we’re not far from judges being able to propose sweeping quarantine orders, even at 3 a.m.

The Hayride will keep an eye on this, assuming warmer weather doesn’t completely sweep this issue under the rug.