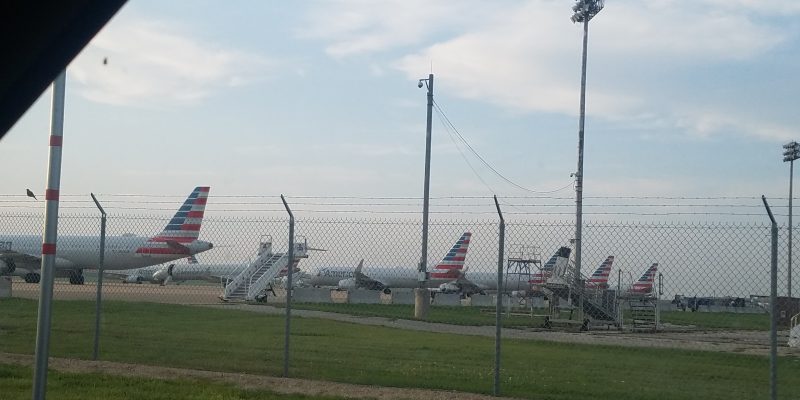 There has been much discussion in the media about how much financial distress the airlines and the aviation industry as a whole have suffered in a matter of weeks as a result of the COVID-19 outbreak, as well as the criticisms against the airlines request for a bailout claiming they were financially wreckless in the years leading up to the outbreak. A lot of this is overblown by the media and a good porting of the airlines COVID-19 financial issues were brought upon the airlines acting in accordance to securities regulations due to being publicly traded companies. The reality is no matter how much the airlines could have prepared for this disruption of travel and financial meltdown, they would have probably been in a similar situation that they are currently in now, and quite possibly would not be in as strong a position to recover.

Before the COVID-19 outbreak, the airlines were operating at peak capacity. They were also suffering from a pilot shortage due to a number of factors which included but were not limited to the mandatory retirement of their pilots once they turn 65, a subsequent reduction of new pilots due to stricter regulations put in place after the Colgan Air crash in 2009 which caused Congress to require Airline First Officers to hold an Airline Transport Rating or ATP which for most pilots requires 1,500 hours of total flight time. While Airline Captains always required an ATP rating, First Officers previously were only required to hold a Commercial Rating which only requires 250 hours of total flight time. This subsequent reduction in available pilots along with the need to increase the amount of flights created an environment where the airlines needed to spend their available capital to expand their network capacity.

When in the past junior pilots were underpaid to the point that even Michael Moore in his 2009 documentary portrayed them as making less money than Taco Bell Employees, for the decade leading up to March 2020, Transport Pilots enjoyed a very rewarding compensation package, well deserved considering Transport Pilots underwent rigorous training at the cost of more than $50,000 just to get the point where they could be hired by the airlines, as well as undergo very thorough recurrence training every six month paid for by the airlines themselves. In order for the Major Airlines to have less overhead, many of their assets such as the airliners and the engines are leased instead of owned. Airlines have to pay landing fees at every airport they land at. They also cover their employees benefit packages and constantly have to spend on new infrastructure as they expanded their routes and operations.

Flying as a whole is not inherently not cheap. Just ask anyone who has flown a private plane, let alone a private jet about the cost per hour ranging from at least around $100 for a small single engine aircraft, to well over $10,000 per hour for a large corporate jet. Airliners themselves have even larger operating costs per hour and the only reason why tickets can be affordable to average individuals is the economy of scale packing the planes with as many passengers as possible to distribute the costs. Airline operations by their very nature require large amounts of cashflow and obviously the airlines would not be able to afford to operate without capital investors. In the past when Airlines were owned either privately or through private equity, they became quickly insolvent through either mismanagement and even through high capital burn rates such as what happened at TWA when and Braniff.  Other airlines succumbed to being the victim of corporate raiding such as Eastern Airlines.  Anyway it was sliced, each of these airlines were liquidated via Chapter 7 bankruptcy. All the current Major Airlines known as the “Legacies” are publicly traded companies but these too have gone into Chapter 11 bankruptcy such as  United  and American Airlines, The latter mismanaging the about of financial bagging taking on the debt, liabilities and depressed assets of TWA would do to their balance sheets.

Because of Enron and other corporate collapses in the early 2000s, The US Congress passed the Sarbanes-Oxley Act or SOX of 2002 which put in place new stringent securities regulations.  Regulations that often times forces companies to forgo actions related to long-term health in favor of maximizing shareholder value on a quarterly basis.  SOX ironically might have caused the perfect storm called a “black swan” that has driven the airlines into their current financial situation in only a matter of only weeks.  The Major Airlines were accused of “Squandering” $39 billion on stock buybacks instead of investing in a rainy-day fund. However because of SOX the management and board of directors could have been accused of not acting in the shareholders best interest and even be accused of defrauding them leading to a hostile takeover by activists investors that would not have the airlines long term health in their best interests like what happen to Eastern Airlines under Frank Lorenzo’s Texas Air which ended up raiding Eastern to prop up Continental.  SOX could have even justified securities fraud investigations launched by the shareholders accusing the Airlines of embezzlement by hoarding cash for a rainy-day fund. Likewise the unions for the pilots, mechanics, and flight attendants could have accused the airlines of withholding raises even though they were generating record revenue which could lead to dysfunction of operation, which was another factor that eventually doomed Eastern.  The airlines were actively trying to build confidence with investors by trying to maximize their returns which includes stock buybacks because of the bankruptcies of the past.

The reality is the current situation is the Major Airlines have incurred an over 50% drop in air travel and thus revenue over the past few weeks by conservative estimates. A more realistic assessment is closer to a 90% drop.  Tens of thousands of Major Airline employees have already either accepted voluntary time off or have been furloughed and thousands of airliners have been parked.   The remaining flights that have not been canceled are on average flying with the planes at least 75% empty. There is no way these individual flights themselves can be profitable and The Airlines are hemorrhaging cash. Even if the airlines spent the revenue on rainy day funds instead of stock buybacks, they would still be in a financial hole billions of dollars deep, would still have to ground flights and furlough staff by the tens of thousands in order to avoid insolvency. In fact at this stage the airlines would lose less money being grounded and still give their furloughed staff partial stipend than to continue to operate nearly empty flights with massive losses.

The airlines have appealed to the Federal Government for at least a $29 billion bailout loan. CEOs of many of the Major Airlines signed a letter stating that as part of the bailout loan that they would eliminate stock buyback, dividends, and limit executive compensation for the length of the loan. Thus baking into the loan legislation an overide to SOX that forced the Major Airlines to maximize the quarterly profits per share in favor of the longer term health of the airline operations. The Major Airlines are also formulating a plan for a temporary shutdown of operations due to COVID-19 because at this stage shutting the airlines down temporarily may be the best option further limit COVID-19 from being spread across the country and stop the financial bleeding. From what is being reported the Major Airlines may not wait for the Government to issue the shutdown order even though the Airlines would prefer that to happen.

Anyway it can be sliced the airline industry is in very rough shape, One can only think of the hundreds of thousands of skilled mechanics, flight attendants and pilots that are suddenly out of work in a mater of weeks. What was once a pilot shortage has now turned into a pilot glut. Also think of the tens of thousands of pilots who have entered flight school who now at least for the short-term are wondering, where to go now, especially with the debt of tens of thousands of dollars of training. One can only hope this pandemic ends sooner rather than later, otherwise it’s going to be a long dark road ahead.