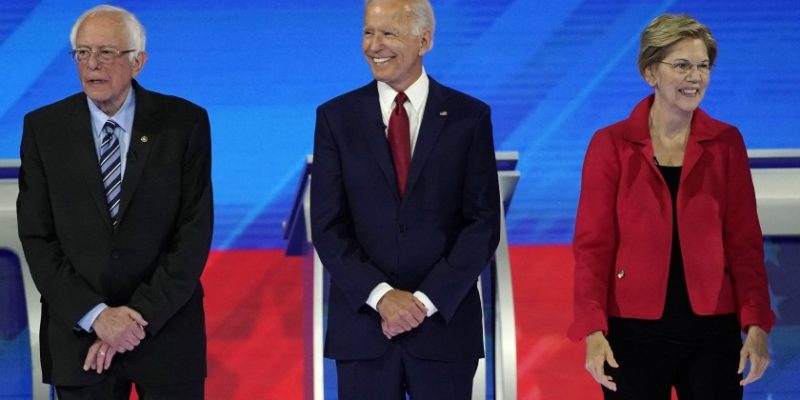 We continue to suffer the media’s lead narrative touting the triumph of “moderate” Democrats over Democratic Socialists (or are they progressive Democrats, or just plain Socialists… oh, well, you know who they are.) Yet, it has been little noted that the actual Democrat delegate count continues apace in states misleadingly called by newscasters within minutes of their polls’ closing on Tuesday night.

Once again the facts must intrude on a major media narrative. The most salient of these facts is that former Vice President Joe Biden’s delegate lead has narrowed down to several dozen delegates and will likely continue to narrow as The People’s Republic of California belatedly completes its delegate tally. The two leading candidates currently have fewer than a third of the delegates they will need to win the nomination.

Now it may well come to pass that Mr. Biden eventually becomes the Democrat Party’s nominee for President, and he certainly has the momentum. But Senator Bernie Sanders has repeatedly claimed that his supporters constitute a movement, and more recently a “revolution.” The true believers in such movements/revolutions usually persist in their self-righteous crusade to save mankind long after common sense would lead more sensible folks to call it a day and go home. For this reason alone, the race will go on.

But the independent Senator from Vermont has other reasons for remaining in the race: He could still win! At a minimum he could continue to exert a malignant influence on American politics generally, using the stage so willingly provided by the Democrat Party. Let us not forget that well over forty percent of the votes cast in the Democrat primaries have been for an avowed Socialist or candidates with similar or even more extreme positions (take, for example, Senator Elizabeth Warren with her wealth tax and property confiscations). ‘Uncle Bernie’ will now receive the support of most of these orphaned progressives.

Sadly, it is an obvious fact that at least since 2016, the Democrat Party has been in very real danger of being taken over at any point in time by its anti-capitalist and virulently anti-American wing. This dangerous group and its sympathizers already constitute about forty-five percent of the party’s adherents, so it is never far away from taking control of the party. If progressive Democrats ever took power in this country, in a few years we should look fondly back on the Depression-era America of the 1930’s.

And what of the so-called ”moderates” within the Democratic Party? If one takes the time to actually listen to their speeches and read their platform positions, one quickly realizes that they are all calling for confiscatory taxes and more regulations, as well as hare-brained socially progressive agendas based on this or that pseudo-science which always seems to support their political positions.

So here we are in early 2020:  About thirty-eight percent of the delegates have already been chosen to the Democrats’ convention which will nominate one of the two major candidates for President of the United States of America in a little over four months. We know not what will happen in the interim, but as of now it appears that Democrats must soon choose between a gaffe-prone, influence-peddling and patently corrupt party elder who has disavowed the previous forty years of his political career, or an avowed Socialist crank with pronounced authoritarian tendencies. Either would wreak havoc on our country if given half a chance.

Fortunately, there is a proven antidote to this on-going toxic display of the Democrats‘ collective dysfunction, and his name is DONALD J. TRUMP!