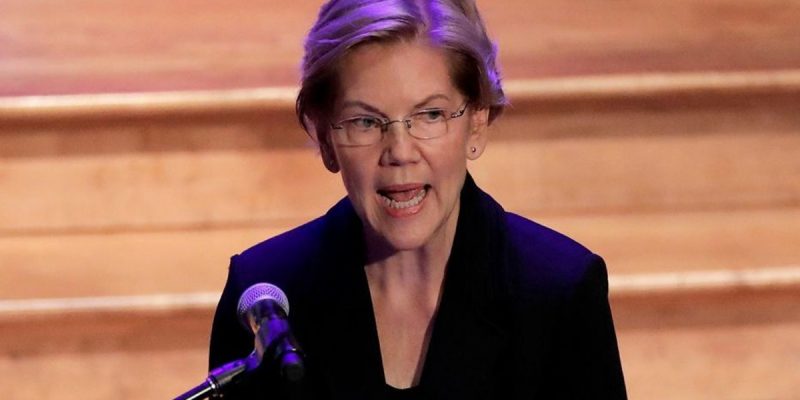 At The Atlantic yesterday, there was a singularly horrendous article blaming “America” for the fact Elizabeth Warren finally dropped her hopeless presidential campaign.

The headline says it all: America Punished Elizabeth Warren for Her Competence. A taste of this insipid, whining stupidity…

The campaigns of those who deviate from the traditional model of the American president—the campaign of anyone who is not white and Christian and male—will always carry more than their share of weight. But Warren had something about her, apparently: something that galled the pundits and the public in a way that led to assessments of her not just as “strident” and “shrill,” but also as “condescending.” The matter is not merely that the candidate is unlikable, these deployments of  condescending imply. The matter is instead that her unlikability has a specific source, beyond bias and internalized misogyny. Warren knows a lot, and has accomplished a lot, and is extremely competent,  condescending acknowledges, before twisting the knife: It is precisely because of those achievements that she represents a threat.  Condescending attempts to rationalize an irrational prejudice. It suggests the lurchings of a zero-sum world—a physics in which the achievements of one person are insulting to everyone else.  When I hear her talk, I want to slap her, even when I agree with her.

Here’s a different take on why Warren, who for a short moment late last year was the frontrunner in the Democrats’ presidential race, had to bow out this week after her own state of Massachusetts rejected her.

Liz Warren is an affirmative action cheat who would have never amounted to anything on the national stage but for the fact that for three decades she held herself out as a Native American. Liz Warren is essentially Rachel Dolezal. She’s a fraud, and she was exposed as a fraud even before she began running for president.

How far did you people think she was going to get, anyway?

Is she competent? She’s not stupid, like Joe Biden is, but she isn’t exactly the CEO of Intel, either. Liz Warren is a college professor. That doesn’t exactly scream “executive proficiency,” by the way.

Was her platform some exposition of competence? She wanted to kill everyone’s private health insurance plan, while killing the country’s economy in the bargain, and she wanted the two thirds of the country without a college degree to subsidize the richer one-third with one by having taxpayers pay off their student loans. Not to mention she wanted to destroy the domestic energy sector. None of that is even remotely workable.

Not to mention Liz Warren is as likable as an ex-wife, with an exceptionally screechy, grating voice and creepy mannerisms which made voters entirely uncomfortable with the idea of giving her political power. When she attempted to pass herself off as having the common touch it was a disaster – those beer videos made her into a cross between Cruella DeVille and Montgomery Burns.

Liz Warren is that professor in a required course who tries for the first day of the semester to come off as “approachable” and “hip,” but by the Friday of the second week has had a meltdown and bites the head off the first student to ask her uncomfortable questions, and by the day of the final has the students leaving anonymous reviews which say things like “Avoid this class at all costs” on the professor ratings websites. That isn’t presidential material.

America didn’t “punish” Liz Warren. America never got the chance. It was Democrat base voters who “punished” her, and they really didn’t even do that. They just weren’t interested, because why would they be?

And if Liz Warren was Larry Warren, he wouldn’t have gotten this far. Next time bring the country somebody who looks like a leader people can follow, and stop trying to browbeat people into giving you political power. It’s creepy, and we don’t like it, and nobody cares about your problems.