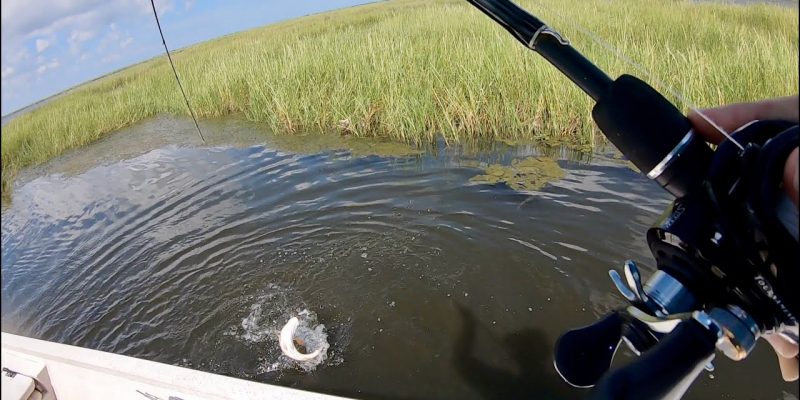 A few weeks ago, I solicited fishing, YouTube and life questions via my Instagram, and I really got some great queries. I whittled them down to five that I’m answering in this video, and each of the question-askers will get something special from my sponsors.

Topics include the future of speckled trout fishing in the state, in light of the regulation changes that have been proposed by the Louisiana Department of Wildlife and Fisheries, as well as the particulars of my boat, my favorite rod-and-reel setup and the hardest part about getting the Marsh Man Masson YouTube channel up and rolling.

Here’s an example: What do you think about the proposed speckled trout regulations in Louisiana?

MMM: Well, we don’t know what the changes will be yet, but I’m pretty certain there will be some changes. I predicted this day was coming in a column I wrote for The Times-Picayune less than three years ago, and as I stated then, the regulation tightening is more politically motivated than biological. Some extreme environmentalists HATE the fact that Louisiana’s regulations are so liberal, and have been fighting hard behind the scenes to get them changed.

Now, does that mean I believe speckled trout fishing has been good lately? No, it doesn’t. In fact, it’s been pretty poor for about the last decade, with some years certainly being better than others.

But what has also been true for the last decade? The eastern half of the continent has seen some of the worst flooding in history, and all that water has inundated the region via the Mississippi River. Compounding the problem is localized heavy rains that swell smaller rivers and freshen otherwise productive areas.

Now, fresh water is GREAT for trout populations in general. Juvenile specks thrive in the stuff, but when they get to be sexually mature, which is right around harvestable size, they seek salty water to spawn. If everything close to the coast is too fresh, they keep going until they find what they need.

That’s particularly true of the really big sows that we all love to catch. As a speckled trout ages, its ability to tolerate fresh water decreases

That necessarily means the fish are farther out and more difficult to locate, so angler success is lower. What’s also true is there aren’t as many in the areas biologists sample with gill nets. So anglers are bringing fewer fish to the docks and scientists are netting fewer, so there appears to be a problem that may not actually exist.

Back in the late 1990s and early 2000s, the Southeast U.S. experienced a considerable drought. Toledo Bend and other impoundments began to dry up, and there were grave concerns about cities and towns losing their freshwater sources. Salt water shoved its way into Louisiana’s marshes, and speckled trout took notice. Big fish became commonplace. In fact seven of the state’s top 10 speckled trout were caught during this time.

This is when I caught my PB, an 8-pound, 8-ounce speck that bit a Norton Bull Minnow on Calcasieu Lake. That fish would be big news today, but back then, it earned me little more than a pat on the back from buddies.

That 7- or 8-year stretch wasn’t a normal weather pattern, and neither is this one. The eastern part of the continent will eventually trend toward its climatological average, and so will the speckled trout fishing in Louisiana.

Until that happens, changing the limits won’t help a single angler put more speckled trout in the boat.

Like the video? Please give it a thumbs-up, and subscribe to the Marsh Man Masson channel on YouTube. Also, leave a comment below or on the YouTube page. What are your thoughts on Louisiana’s proposed speckled trout regulation changes? Do you think they’ll make a difference? What would you like to see the limit changed to? Would you prefer for it to stay where it is?