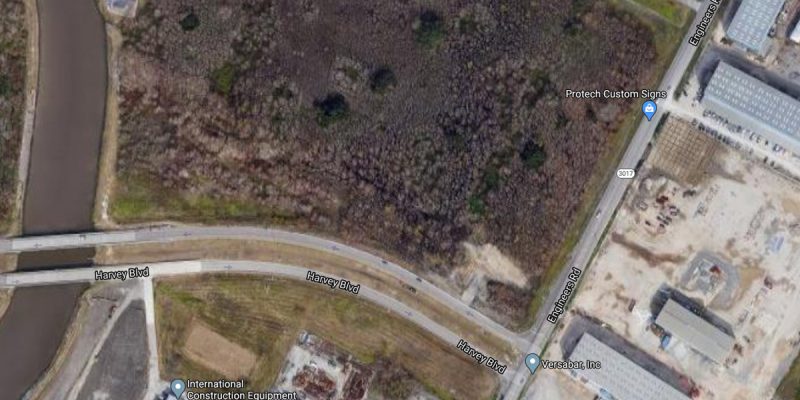 As I write this, I am heartbroken–for two reasons. First, I lost a friend, Chris Roberts and it didn’t need to happen. Chris served his community with distinction for over two decades. That was evident when I went to his memorial service the other day. Many people queued up to greet his grieving parents and other family members. They didn’t have to, but their dedication to a good man drove them to do it.

I first met Chris Roberts when I was an Assistant United States Attorney and asked him to come the Federal Grand Jury to explain some local legislation passed by the Jefferson Parish Council. No one likes going to Grand Juries; it’s a very stressful event, for even the toughest among us. But it had to be done, because Jefferson Parish, again, was experience some serious corruption issues.

Chris appeared and was very HONEST and forthcoming. He didn’t dance on a head of pin, like some people do to every question. His testimony was honest and very helpful. Simply put, I was impressed with his honesty and his wiliness to help in our investigation.

I can’t say that about too many people, but Chris was great.

Not long after his appearance, I retired from the Department of Justice, because of what I believed was some systemic corruption, not at the Parish level, but at the Federal level, too. It’s been going on for many years and I kept quiet about it and just soldiered on towards my pension and retirement. It involved too many very powerful people, so I knew I was outgunned and history indicates I was correct. So, I retired and I am glad I did. And I left honestly, despite what some political types might assert for their own aggrandizement.

Almost immediately after my retirement– eight years ago– Chris contacted me. He knew most of my story, as some of it resided in Jefferson Parish,too. We became friends and met often for coffee and sometimes lunch. We talked about many things affecting local government,and he sought my counsel on some issues. Even at his young age, I was impressed with his knowledge and his wiliness to learn more. He was a dedicated public servant and loved public service.

Chris as you know, kept us informed of every crisis, from an impending hurricane to a traffic accident blocking traffic. He didn’t have to do that, for he already had the coin of the political realm–name recognition. So, his alerts, I submit, were for the public good. I think I can speak for other Jefferson Parish residents when I say we will miss those alerts. I hope someone picks up the flag and carries it for us.

But we all know Chris attracted some powerful enemies while he was doing his job. They went after him and used every weapon they had to get him. I know how that feels, because I, too, attracted MANY powerful enemies in my 21 years as a federal prosecutor. But this isn’t about me. It’s about Chris Roberts who, with his faults–and we ALL have them–tried to protect Jefferson Parish from corruption as a parish councilman. For the most part, I believed he succeeded–perhaps too much.

There came a time when he tried to stop a certain corrupt practice occurring in Jefferson Parish and he succeeded. He told me about it, and I thought what he was doing was the right thing His efforts attracted the ire of some powerful people.

As he told me this, he also told me about some business difficulties aside from his parish duties, But as he told me his problems, I thought a good CPA could resolve them, and for the most part they were. But others saw an opportunity and took it.

That brings me to the second reason why I am heartbroken. As his friends knew, Chris drew the attention of federal authorities regarding his side business practices–not his official duties. I told him to relax, as what he told me didn’t rise to the level of any criminal activity. But Chris was worried because of his enemies’ contacts inside and outside of the federal government. I blew it off and tried to allay his anxieties. But it seems he was correct.

As the days turned to weeks and the weeks to months, Chris seemed more concerned. He told me about the constellation of enemies he had attracted and their friends inside federal law enforcement and the legal community. My advice was the same: relax.

Well, I was wrong. Chris was indicted for charges I believe belonged in the civil side of the IRS, not in the criminal side. Chris’ nightmares became a reality. Everything he told me about those enemies now rang true. Let me be unequivocal, I didn’t know every aspect of his case or his problems, but I am basing my opinions on what Chris told me and my opinion of his honesty formed by previous experiences with Chris.

I spoke to his attorneys, as I knew both of them and they knew me. They knew Chris was confiding in me,as a friend and my advice was as friend and not an attorney. He had two good ones, three at one time, until the third died. The attorneys believed the case was defensible, as I did. So when Chris refused to plead guilty, the government added more charges.

That was very painful for Chris, as he couldn’t believe this was happening to him. He assured me he did everything right and that his accountants would have things resolved. He told the prosecutors that, but his entreaties apparently fell upon deaf ears. The government pressed on and got a August 2020 trial date.

Chris seemed ready to mount a defense. Even the day before he died, he told me what his plans were and they seemed sound. But there was that little hangnail always present–WHY?
Why were they pursuing Chris for trivial matters that, if enforceable, could have been enforced by the IRS with civil remedies, not criminal charges, which would jeopardize Chris’ liberty and destroy his family. This sicken me, for at the same time I was witnessing, along with you, the systemic corruption with the FBI and DOJ on a national level. My stomach was wrenching in disbelief, as I put so much of my life–27 years–in federal law enforcement. I believed in the Constitution. What was happening in our country? It seemed as though our most trusted legal and law enforcement institutions were seized by corruption–something I fought against for many years. It was in Washington! Was it now in New Orleans,too?

I will let the reader answer the question.

No one knows the darkness in which another man walks. Chris put on a brave countenance, as he got the support of his family and his friends. I can only imagine his final hours. He knew he could call me at any hour of the day or night, but with the pressure upon him, his mind was robbed of his ability to reason clearly. The only phone call I received was from a mutual friend who said, “our friend is gone.”

I write this for because Chris was a good friend and an honest man, in my opinion. I spent nearly 40 years in law enforcement and met all types. I think I am a decent judge of character. I don’t make it a practice to associate with the corrupt or the dissembler. I avoid them like the plague and you should,too. I know few elected officials. The ones I do known are, like Chris, very honest. I don’t suffer the company of liars or thieves. Never have and never will.

So today, know this: as we say good-bye to Chris, know we are saying good-bye to a son, a father, a husband, a worker, an HONEST public servant, a good friend and a good man. For his children, if they read this, your father is worthy of emulation. His only sin was making enemies of the wrong people who didn’t care about the Chris we knew. God Bless you all and may God repose the soul of Chris, knowing his last moments among us were darkened by forces beyond his control. And may God judge him accordingly and welcome him to his heavenly reward, for God, Chris didn’t find justice on earth. Please afford him justice in heaven.