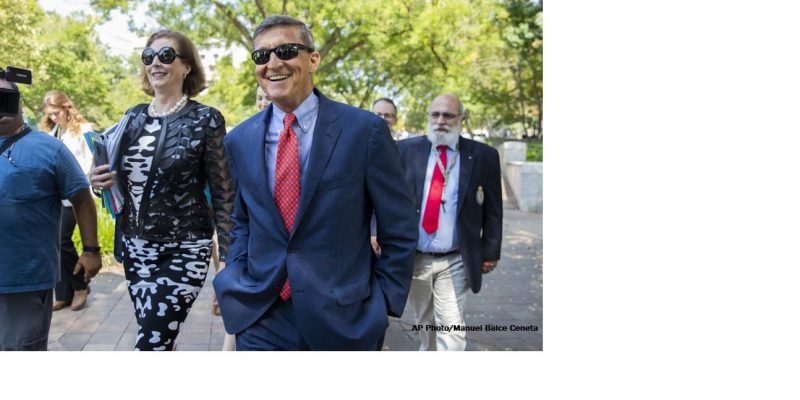 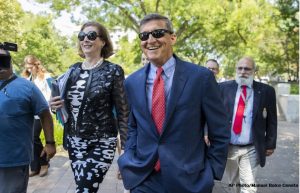 With the COVID 19 virus clogging up the news, It was sparsely reported that President Donald Trump tweeted out the morning of Sunday March 15, 2020 that he was considering pardoning General Michael T Flynn.  due to the justice department claiming that the agency “lost” key evidence against General Flynn. This is an import milestone in reforms of the Justice Department and the FBI which in the past seemed to act with dictatorial power with little recourse allowed by the accused regardless of what the facts were.

For those that were not familiar with General Flynn, he is a retired US Army Lieutenant General that was a major supporter of Donald Trump during his campaign for President of the United States. President Trump then appointed General Flynn as his first National Security Adviser. He resigned after only a month after he stated to Vice President Mike Pence that he mislead the type of communications he had with the Russian Ambassador to the United States, Sergey Kislyak. Special Counselor Robert Muller’s investigators used that as a catalyst to launch a witch-hunt against those that were part of President Trump’s campaign to attempt to undermine his presidency. It should be noted that General Flynn and his family were under immense duress both psychologically and financially which is straight out of the DOJ & FBI playbook. Thus both agencies usually attempt to coerce a plea of guilty, often called an Alford plea out of the defendant, regardless of how guilty they are of the crime. Often times with the defendant’s own lawyers helping out the prosecution claiming to their client this was their only option to avoid long jail-time and financial insolvency for their family.

This is exactly what happened with General Flynn under legal guidance of his original attorneys. Something that happens all to often in the Federal Courts. This was before General Flynn hired Sidney Powell as his current council. Ms. Powell had previously written “Licensed to Lie”  documenting the prosecution of a Merrill Lynch trader, Jim Brown for his role in the Enron-Nigerian Barge operation, in which the presiding Federal District Judge, Ewing Werlein Jr. collude with the prosecution to intentionally exclude evidence that would have exonerated which came out in US Fifth Circuit Court of Appeals Which ultimately cleared Jim Brown of the crime. Judge Werlein presided over the case of Dr. Maynard Freeman MD with the same type of bias towards the prosecution. The prosecutions also conducted themselves in a similar manner with regards to their handling of the case against former Alaska US Senator Ted Stevens.

This type of prosecutorial and judicial misconduct needs to be rained in. What is even more disturbing is that there is not a check on the judicial system with Federal Judges appointed for life and the only way to remove a judge outside of retirement or dies while serving on the bench is congressional impeachment. State and Local Judges have set terms and have to be re-elected with many justices such as with the Texas Supreme Court have in place mandatory age retirements. The odds of a federal judge being removed via impeachment are slim to none and there needs to be a push for a constitutional amendment for re-confirmation by senate MINIMUM if not outright elections of Federal Judges by elections. There are too many unconstitutional judges on the bench and a unwilling Congress to remove them via impeachment.

It’s for this very reason why General Flynn hired Sidney Powell because she’s one of the few defense attorneys that is willing to stand up to these unconstitutional and often corrupt Federal Judges. Doing research for this article this author found it disturbing that the Wikipedia reference for her book “Licensed to Lie”  listed on Judge Werlein’s own Wikipedia entry has been deleted in November 2019 as well as any reference of  Jim Brown’s case after being published for years. It is ironically this type of evidence destruction with regards to The DOJs case against General Flynn that President Trump tweeted out about considering a pardon. Sidney Powell tweeted a response LINK thanking President Trump and a list of documents LINK that have been “lost”  and The Judge stated “things happen” which means more than likely intentionally destroyed. President Trump has also tweeted about how badly Roger Stone has been treated by the FBI , DOJ, and trial judge seemingly favoring the prosecution, even for a short period of time pinning a video of Tucker Carlson advocating for Roger Stone’s pardon. This is the first time President Trump has stated directly that he was considering a pardon of either General Flynn or Roger Stone, both men who have not only been loyal to The President but also care about this country getting back to it’s constitutional roots.

It should not have to come down to presidential pardons to exonerate those who are actually innocent and likewise pull teeth to get those who are actually guilt prosecuted. There needs to be a serious discussion about a fundamental judicial system that makes the whole process transparent and fair. If we truly are a country by and for the people, than shouldn’t the people have a say as to how their judicial system is run, especially if its paid for by out tax dollars?

Interested in more national news? We've got you covered! See More National News
Previous Article America Throws the Kitchen Sink at Coronavirus to “Flatten the Curve”
Next Article BAYHAM: Will The Approach Of Warm Weather Slow Down The Coronavirus?