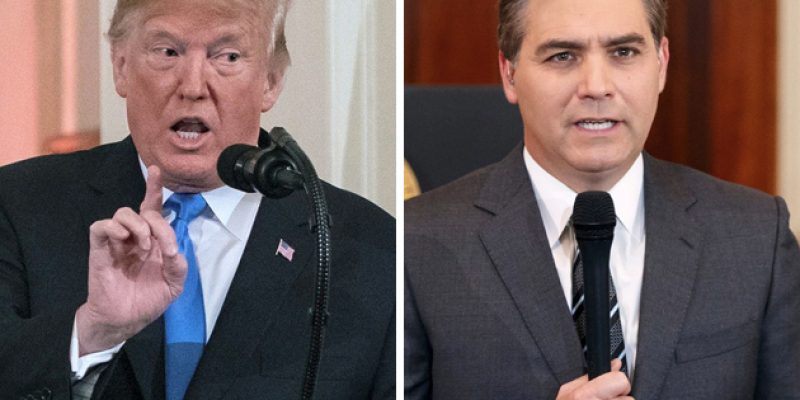 There are few adversaries with more bad blood than President Trump and “fake news” CNN. The President has relentlessly criticized the network for its unfair coverage and, judging by their TV ratings, it has come at a great price to the left-leaning news outlet.

CNN claimed 2016 as their “best year ever” after benefitting from twenty-four hour coverage of the presidential race between Donald Trump and Hillary Clinton. Yet more than three years later, the company is facing a near three-year low for primetime ratings.

Instead of reconsidering its approach, CNN continued the same biased coverage that it did during the election; immediately transitioning to the “Russian collusion” and Ukraine-phone-call narratives that plagued the President’s first three years in office.

President Trump returned the favor, branding the news giant as “fake news” throughout his first term in office and revoking some of their press credentials.

Meanwhile, 2019 was the best year in the 23-year history of Fox News Channel. The conservative-leaning news outlet secured the number-one spot in news for the fourth year in a row and maintained seven of the top ten cable news programs.

According to a poll from Gallup, Americans’ trust in the media stands at 41%. 69% of Democrats responded that they trust the media. 2016 saw the lowest number ever recorded with only 32% of the public’s trust due to Republican skepticism. It is probably safe to assume that dip will happen again this year as political analysts push their own agenda ahead of November.

The combination of CNN’s lower ratings and Fox’s higher ratings is a significant change in the political landscape in which the 2020 Presidential election will take place. These changes combined with the advantage of incumbency indicate that President Trump will enjoy more favorable coverage than he did in his first election.

Speaking at a town hall meeting hosted by Fox News, President Trump was asked by a supporter if he could possibly tone down his rhetoric to which he replied, “We have to hit back.”

Here’s one of the best clashes between President Trump and “fake news” CNN reporter Jim Acosta: