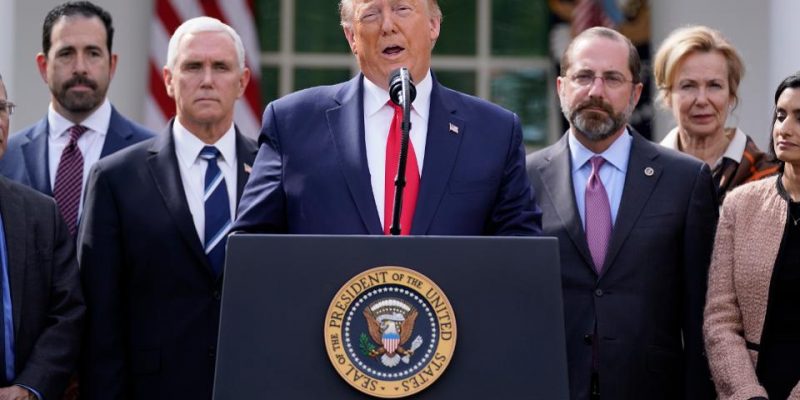 President Donald Trump tested NEGATIVE for the coronavirus over the weekend, welcome news amid the ongoing battle against the pathogen known as Covid-19 or Wuhan Virus.

The President chose to get tested after being questioned about it at Friday’s press conference due to his coming into contact with a couple of people who later tested positive.

President Trump’s physician Sean Conley wrote in a White House memo, “Last night after an in-depth discussion with the President regarding COVID-19 testing, he elected to proceed. This evening I received confirmation that the test is negative.”

Compounding concern was the President’s age of 73 which classifies him as being in the high-risk category for health complications if he were to contract the illness.

In an unprecedented move to help ease the economic impact of Covid-19, President Trump announced Saturday that he is indefinitely waving interest on all federal student loans.

The President held two press conferences over the weekend after meeting with the heads of America’s biggest banks, technology companies, and food suppliers.

President Trump announced an ongoing project being led by Google for a website to triage patients who may be exhibiting symptoms or have come into contact with someone who is.

Taking questions on Sunday the President called for public calm saying, “You don’t have to buy so much, take it easy, just relax… We’re doing great, this will all pass.”

While President Trump said food suppliers are working around the clock to restock shelves, Vice President Mike Pence urged Americans to only buy what they will need for the coming week.

As of midnight Monday, the United States is treating over 3,000 confirmed cases in 49 states with the death toll at 61 so far. After a slow start due to out-dated practices and regulations, testing efforts are expected to ramp up this week.