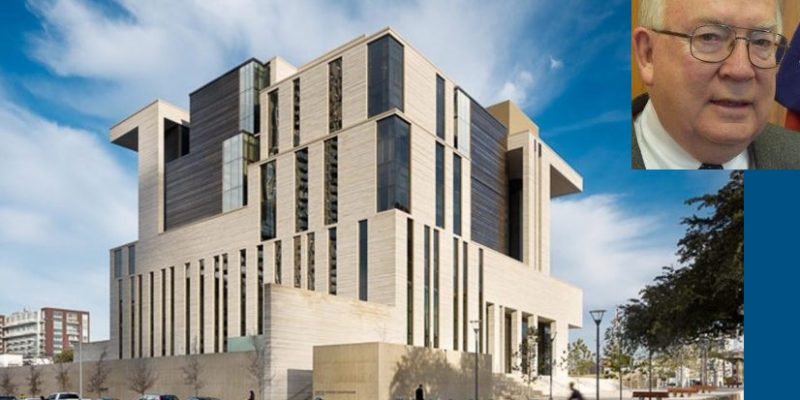 (4/7/20):  The Fifth Circuit Court of Appeals granted a writ of mandamus directing the district court to vacate its Temporary Restraining Order of March 30, 2020, which was issued by Judge Yeakel, to prevent the enforcement of Gov. Abbott’s Executive Order to delay elective medical surgeries and procedures including abortions until April 21. This means that elective abortions are banned in Texas during the current COVID-19 situation.

Preachers are being arrested for holding services and the Second Amendment is under scrutiny during the coronavirus/COVID-19 outbreak.

Abortion, at least according to Lee Yeakel, is a “fundamental constitutional right” and must continue, even while medical supplies and personnel are at a premium.

Yeakel is entitled to his opinion. But as a federal judge for the U.S. Western District it’s also the law. At least for now.

Texas Attorney General Ken Paxton had previously announced that abortion providers were covered by a Governor’s order that required postponement of elective medical procedures to preserve hospital beds and equipment. That meant abortions would have to be postponed. On Monday, Yeakel ruled Paxton’s action “prevents Texas women from exercising what the Supreme Court has declared is their fundamental constitutional right to terminate a pregnancy before a fetus is viable.”

“Medical professionals are in dire need of supplies, and abortion providers who refuse to follow state law are demonstrating a clear disregard for Texans suffering from this medical crisis,” Paxton said. “All Texans must work together to stop the spread of COVID-19. My office will continue to defend Governor Abbott’s Order to ensure that supplies and personal protective gear reach the hardworking medical professionals who need it the most during this health crisis.”

A hearing will be held by Yeakel via conference call April 13 to determine whether to issue a preliminary injunction.

Yeakel was nominated by President George W. Bush and confirmed by the U.S. Senate in 2003. He has a history of ruling that abortion restrictions enacted by the Texas Legislature are unconstitutional. In 2013, he ruled that ambulatory surgery standards for abortion clinics passed by the legislature place “a substantial obstacle” to abortion. In 2014, responding to another lawsuit on the same legislation, he ruled similarly, later being upheld by the federal Supreme Court.

From the hip: Since when did abortion take precedent over the Bill of Rights? Fortunately, Paxton has ruled on the side of gun store owners and many purveyors of firearms are continuing to do business. From a Friday opinion:

“State law provides several emergency powers to local governments to control movement within their region during a disaster, which serves our communities well during public health events like the one we’re fighting now. However, local regulation of the sale, possession, and ownership of firearms is specifically prohibited under Texas law,” said Attorney General Paxton. “Under our laws, every Texan retains their right to purchase and possess firearms.”

That’s the Second Amendment. What about the First? May churches meet in clumps of 10 persons, with each person standing six feet away from the other? What if they met in a liquor store with communion elements on the shelves and a minister at the counter? The Houston Chronicle reported today that social right activist and Houston-area conservative leader Steve Hotze is leading the charge on that (beware of the weasel words like “hardline” and “anti-LGBTQ”):

Once the fumigation smoke clears, it will be interesting to see where these challenges end up. Small business owners, ministers, and even abortion clinic workers deserve to know what to expect the next time there is a declared emergency.

Interested in more news from Texas? We've got you covered! See More Texas News
Previous Article I’ve Got Another Book Coming Out, And You Can Pre-Order It Now…
Next Article Texas takes steps to boost economy during coronavirus response