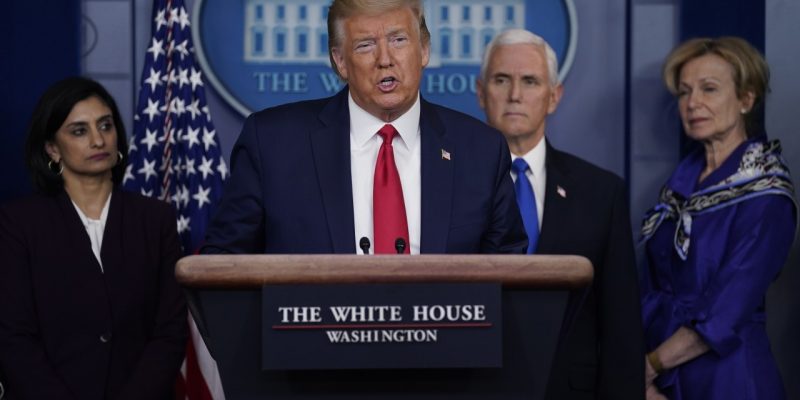 The President, Vice President, and the members of the White House Coronavirus Task Force hosted another press conference this morning in what has become a daily routine to update and reassure the American people.

The good news? President Trump announced that the Department of Housing and Urban Development (HUD) is suspending all evictions and foreclosures through the end of April. It also appears things are moving forward for Congress to approve two $1,000 checks for most Americans over the next two months.

The bad news? The coronavirus outbreak looks to be sticking around for a while with the President acknowledging that it could take until July or even August for things to die down.

President Trump also announced that the White House is invoking the Defense Production Act of 1950 to mobilize the private sector in the fight against Covid-19. Among other emergency powers, the law allows the executive branch to compel businesses to sign contracts that are deemed essential to national defense.

The President spoke directly to the American people via Twitter writing,

“I want all Americans to understand: we are at war with an invisible enemy, but that enemy is no match for the spirit and resolve of the American people…

…It cannot overcome the dedication of our doctors, nurses, and scientists — and it cannot beat the LOVE, PATRIOTISM, and DETERMINATION of our citizens. Strong and United, WE WILL PREVAIL!”

President Trump noticeably emphasized calling the illness the “Chinese Virus” both in this morning’s press conference and on social media over recent days, a sign of worsening relations with China.

Underscoring the conflict is Covid-19 obviously but more importantly it is China’s reckless behavior both during the outbreak by suppressing and withholding information and afterward by evicting our journalists and threatening to cut off some of our pharmaceutical supplies.

One thing is clear, China has eclipsed Russia as a threat in the American psyche.