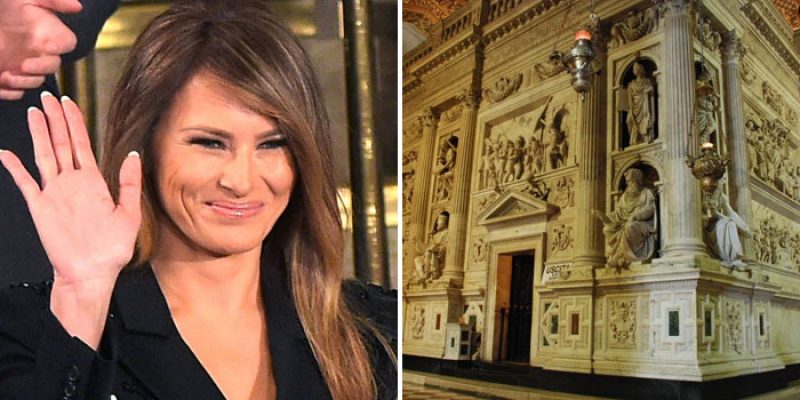 Below lies an incredible story and premonition from the 1980s.

Back in February 2017, Father Giacamo Capoverdi shared a truly amazing story about his encounter with the “Hermit of Loreto” at the site of the house of the Blessed Virgin Mary. It is the same house where Mary, according to Scripture, received a visit from Archangel Gabriel and was invited to carry in her womb the Son of God.

The crux of the story is a premonition the hermit, named Thomas Zimmer, had way back in the 1980s.

Zimmer was an American who left behind all he had and moved to Loreto to enter into a life dedicated solely to prayer. He told the priest that he’d had a puzzling premonition.

“Donald J Trump will lead America back to God,” were the hermit’s now infamous words.

Mr Donald J Trump wasn’t exactly a prime candidate back then to do the leading-America-back-to-God thing, to say the least.

Admittedly, some would say he still isn’t. And I get that. But if you’re a Christian, you know that Jesus chose a motley crew to be his twelve closest disciples, a group Trump could well have sat and dined with back in the 1980s.

At the time of this video’s recording, it was actually First Lady Melania Trump who caught the priest’s attention in relation to the hermit’s prophesy. Now, three years later with our nation right in the midst of a terrible pandemic, it is clear that Donald J Trump will be challenged well beyond what anyone could have expected when he was elected four years ago.

What America does with this season of pain, loss, and uncertainty remains to be seen.

Interested in more national news? We've got you covered! See More National News
Previous Article Ted Cruz: “Did the virus escape accidentally from a Chinese lab?”
Next Article Collecting The Dots On JBE, The Democrats And The Wuhan Virus